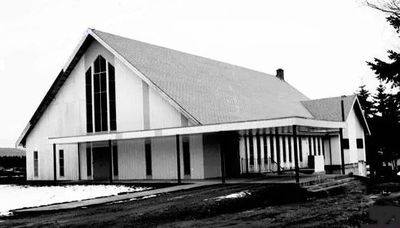 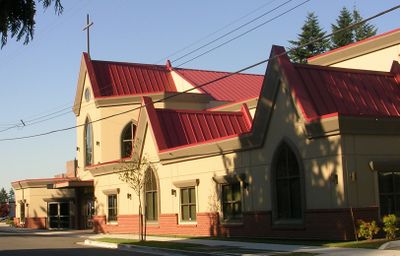 The congregation purchased property on Langdon Street in central Clearbrook (now Abbotsford). The basement for Sunday school work was finished first and work progressed rapidly with the upper floor completed in 1963. The first service in the new church was held on 3 December 1963.

By 1967 the church was self-supporting and changed its name to Olivet Mennonite Church. As families with young children joined the congregation the education facilities were found to be inadequate and in 1972 an education wing was added.  In 1980 the sanctuary was widened to provide more room for the growing church family. Again, most of the work was done by voluntary labor. By 1985 the membership had increased to 349.

An active membership saw a variety of programs, events and trends. Numerous volunteers served in service and missionary projects. Solid Bible study happened in sermons and care groups, especially in the Bethel Bible study series and in Wee College (preschoolers). There were youth programs, various worship styles, choir and even an attempt at an early Sunday morning worship service. The Church Board consisted of the deacons, an elected executive and the department heads.

The 1990s into the 2000s were difficult years for the church. For a variety of reasons, the unity and good will that existed during the period of growth was weakened, and the church was unable to maintain its forward momentum.

On 11 December 2004 the 40 year-old sanctuary of Olivet Mennonite Church was ravaged by fire. The church suffered enough damage that it needed to be demolished and rebuilt. During this transition period, Olivet Mennonite Church held its services at Columbia Bible College just as it did when the first church building was under construction. The church offices and youth programs were located in empty portables at the local Dormick Park Elementary School. Olivet completed their new building in 2007 on the same site as their previous sanctuary.

The placing of the Israeli national flag in a prominent position in the church as evidence of congregational support for the current nation of Israel was done without congregational discussion or approval. These events and decisions were of great concern to many members as they were now separated from the Mennonite family. Many members quietly left to join other churches in the community.

The current congregation is called Olivet Church and is not affiliated with any specific denomination. After several years of discussion between the conference and the church, the MCBC conference, at a special delegate session on 5 November 2011, voted to transfer title of the church property from the conference to the congregation.

Churches in Profile. Conference of Mennonites in British Columbia, 1978: 85-89.