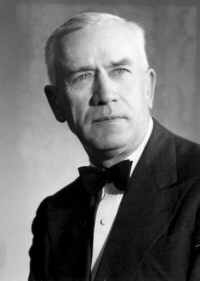 K. H. Neufeld immigrated to Canada in 1923 and in 1924 established a printing business in Winkler, Manitoba. His passion for choral music soon became evident. He organized a choir of immigrants in 1924, became conductor of the Winkler Bergthaler Choir in 1928 and the Altona Bergthaler Choir in 1933. In 1935 he organized the Winkler Male Voice Choir. In the beginning he worked within his own Mennonite Brethren Church but was accepted more readily by groups like the Bergthaler Church in Manitoba and the Rosenorter Church in Saskatchewan.

He was especially well known for his choral festivals, which he organized first in Manitoba and, after 1935, in provinces from Ontario to British Columbia and in a number of states in the United States. He was also instrumental in establishing the Southern Manitoba Music Festival in 1932. Beginning in 1944 and continuing until 1956, Neufeld was engaged by the Manitoba Mennonite Youth Organization to undertake systematic work in music in Manitoba General Conference Mennonite churches during the summers. He taught at the Swift Current Bible Institute during the winters of 1953 and 1954. Neufeld composed four cantatas for his own use at choral festivals in the 1950s and assembled collections of choral music he entitled "Singet dem Herrn."

Known as the "Wandering Conductor from Winkler," K. H. Neufeld had a profound influence on the development of church choirs and choral music in the prairie provinces, especially in congregations and communities established by immigrants in the 1870s (Kanadier), fostering a love for choral music in thousands of Mennonite young people.

Berg, Wesley. From Russia With Music: A Study of the Mennonite Choral Singing Tradition in Canada. Winnipeg, Manitoba: Hyperion Press, 1985.