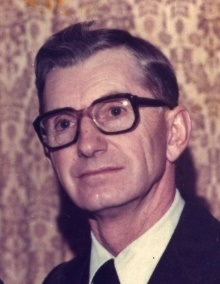 Mennonite families from southern Manitoba and Saskatchewan began to move into the MacGregor area of Manitoba around 1940, and in 1943 the seven families began a Sunday school for their children. Increasing attendance soon required the addition of a second class. Also Jugendverein (Christian Endeavour) programs began twice a month on Sunday evenings. In the absence of Sunday worship services, these programs provided a means of spiritual enrichment and encouragement. The activities were held in homes, granaries and machine sheds for three years.

The influx of additional Mennonite families, attracted by the availability of lower-cost farmland, soon taxed the space available for services. In 1946 the group purchased a modest building, the original Presbyterian Church building in MacGregor. Cloth curtains were used to separate the four Sunday school classes.

Since the families belonged to various Mennonite denominations, a monthly schedule was developed by which ministers from four denominations took turns coming to preach on Sundays. Meanwhile a choir, formed under the direction of Elmer Hamm, was popular among the young people, growing to 45 members by 1950. The choir sang on Sunday mornings, at weddings, and presented programs in other churches. It continued for several decades under a succession of directors. A variety of other music and singing groups and accompanists contributed to a strong tradition of music in the congregation.

In the late fall of 1950 a large part of the group left to form the MacGregor Bergthaler Church under the leadership of Rev. Jacob Loewen from the Bagot district. The remaining group continued services as before and experienced gradual growth. In 1952 they organized as a church, electing Elmer Hamm as minister and Henry Thiessen as deacon. The following year it became affiliated with the Evangelical Mennonite Conference, becoming the MacGregor Evangelical Mennonite Church (MacGregor EMC). From the beginning the church followed a congregational form of church administration, with a board and committee members elected by the members.

In 1956 a larger building with a full basement was erected at the east end of MacGregor to better serve the needs of the congregation. Continuing growth required the construction of additions to the building in 1977 and 1984. The congregation decided in 2000 to construct a new building, all on one level, which was dedicated in 2001.

MacGregor EMC ministerial and several lay members actively assisted in the formation of three churches in neighboring communities -- at Arden in 1955, at Portage la Prairie in 1959 and at Valley Stream in 1960. In 1960 MacGregor EMC transitioned from un-paid, self-supporting leadership to having salaried pastors. Although originally the language of worship was mainly German (including Low German) with some English, the proportion of English increased until German was discontinued in 1963.

Ray Hill, elected as the lay assistant pastor, served from 1987 to 2015. The congregation has also been faithfully served by a succession of deacon couples (originally for life, but later changed to five-year renewable terms). Garnet and Tracey Hodges (youth pastor) maintained a vibrant youth program from 2008 to 2017.

Through the years MacGregor EMC has been active in many ministries. In the local church these include youth programs, boys and girls clubs, Bible study and prayer meetings, Willing Helpers ladies group, and small fellowship groups. In the community the ministries have included inter-church involvements such as MCC thrift stores, Bible camps, Youth for Christ, evangelistic crusades, community worship services, care home ministry, and Vacation Bible School. Beyond the local area, the ministries have included hosting mission conferences, facilitating youth mission trips, and supporting missionaries such as Ben and Henrietta Friesen (Saskatchewan), Marvin and Wendy Thiessen (Brazil), and others.

Through the years MacGregor EMC has sought: “To worship and glorify God, to disciple the saints, and to reach out to the needy and lost in the name of Christ through the power of the Holy Spirit.”

“Church Profile: MacGregor EMC.” The Messenger: a publication of the Evangelical Mennonite Conference 29, no. 5 (8 March 1991).

Giesbrecht, Beverly; Hamm, Elvira. “Evangelical Church of MacGregor.” In Through Fields and Dreams, A History of the R.M. of North Norfolk and MacGregor. MacGregor, Manitoba, 1998: 1083-1088.