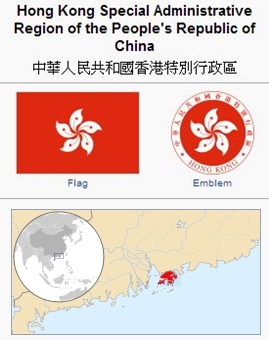 Hong Kong is a territory located on China's south coast on the Pearl River Delta. In 2008 it had a population of 6.9 million people, and is one of the most densely populated areas in the world. Beginning as a trading port, Hong Kong became a dependent territory of the United Kingdom in 1842, and remained so until the transfer of its sovereignty to the People's Republic of China in 1997. Hong Kong is one of two special administrative regions and is generally not considered as part of mainland China.