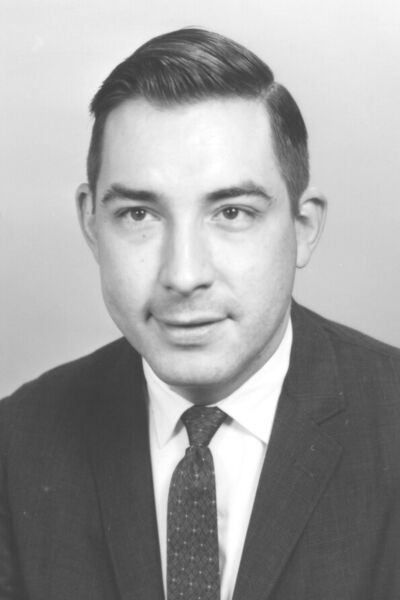 Hans Joachim Hillerbrand: Reformation historian and author, was born 13 September 1931 to Johann Hillerbrand (1884-1951) and Luise Feiler Hillerbrand (1909-1953). Hans had at least one older half-sister and a younger brother. Johann was a pharmacist who acquired the authorization to operate a pharmacy in 1932 in the Bavarian town of Donauwörth, Germany. Hans entered first grade in a Munich suburb and graduated from high school in 1951. He assisted American Army Chaplains in Germany immediately after the war and had a starring role in Gospel Films production of a young man’s conversion in post-Nazi Germany, titled "Willing to die." Hillerbrand married Bonnie Lucille Brunk (2 April 1934-1 April 2013) on 15 November 1954. Hans and Bonnie had three sons. Hans Hillerbrand died 18 November 2020 in Evanston, Illinois.

Hans Hillerbrand received a UNESCO scholarship to study for one year at Goshen College in 1951. Here he met Bonnie Brunk. Upon his return to Germany he studied theology, religion, and history at the University of Erlangen, receiving his PhD in 1957 with a dissertation on nonresistance in early Anabaptism, later published as Die politische Ethik des oberdeutschen Taufertums (1962).

From 1957 to 1959, Hillerbrand taught in the history and religion departments at Goshen College. During this time, Hillerbrand devoted significant scholarly attention to 16th-century Anabaptism. Between 1958 and 1964, he published five articles in The Mennonite Quarterly Review. The most significant publication during this period came in 1962 with the appearance of A bibliography of Anabaptism, 1520-1630 (Rev. ed. 1991), which served for several decades as the standard reference work for print sources related to Anabaptist history. His source collection The Reformation: A narrative history related by contemporary observers and participants, published two years later, appeared in numerous editions and enjoyed widespread use as a supplementary text in survey courses on the Reformation. Though Hillerbrand's loyalties to the Lutheran tradition were never in doubt, his approach to Anabaptism was consistent with the so-called Bender School, including a strong emphasis on theology and a clear understanding that history should serve the church.

In 1981, Hillerbrand moved to Southern Methodist University as provost and vice president of academic affairs. In 1988 he returned to Duke University as dean of the college and chair of the department of religion. During the course of his long academic career, he also served as a visiting professor at the universities of Munich, Potsdam, and Munster in Germany, as well as Union Theological Seminary in New York. He has been president of the Society for Reformation Research, the American Society of Church History, and the American Academy of Religion.

Hillerbrand was a recognized expert on Martin Luther and the Protestant Reformation, publishing many books and over 60 articles in that field. In addition, he served as editor of the four-volume Oxford encyclopedia of the Reformation (1996), which received awards both from the American Booksellers Association and the Society for Sixteenth Century Studies. The four-volume Encyclopedia of Protestantism (2003), which he also edited, was equally well received.

Hillerbrand was an early proponent of using a shared history as a vehicle of rapprochement between East and West Germany. During the Cold War, he organized multiple academic exchanges and conferences that brought historians together seeking a shared understanding of the role of the rise of the Lutheran church in Germany. For this work, Hillerbrand was awarded the German Cross of the Order of Merit.

Following his retirement from Duke University, Hillerbrand continued to write and publish on the history of Reformation and its socio-political context, including a major textbook—The division of Christendom: Christianity in the Sixteenth Century (2007)— and an edited collection of Luther's writings, translated into English, that focused on the historical roots of anti-Semitism in Germany.