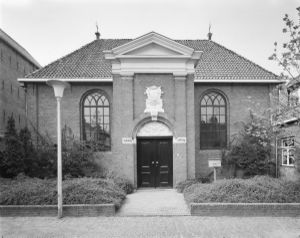 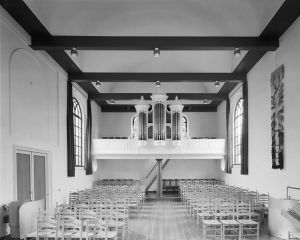 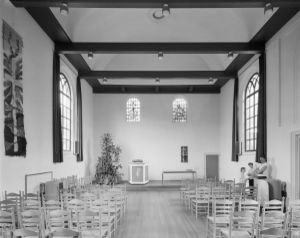 Heerenveen, a town in the Dutch province of Friesland, founded in the second half of the 16th century as a peat-digging center. Already in this period Mennonites were found here; in 1563-65 Leenaert Bouwens baptized 14 persons at Oudeschoot, about three miles south of Heerenveen. Soon after 1600 there was at least one Mennonite congregation at Heerenveen; probably there were several. At any rate in the second half of the 17th century there were five or even more congregations: one Waterlander, one Frisian, one of the Jan Jacobsz group, one Flemish, and one Old Flemish. It is also possible that there was a congregation of the Twisck group, but further information about this congregation is lacking.

The Jan Jacobsz group had a large number of members in Heerenveen and its neighborhood; in the early part of the 17th century it had two meetinghouses, but the congregations died out before 1729. The Frisian congregation, called "Heerenveen en Lange Lilo" in the Naamlijst of 1731, died out about 1750 or merged with another group.

The Flemish congregation merged with the Waterlanders in 1741; it then numbered 37 members. Its meetinghouse was located in the Kakel-steeg.

The most important was the Waterlander congregation. From about 1650 it had two meetinghouses, one in the town on the Agterom bij de Dragt, and one on the Boven-Knijpe. In 1706 the total membership numbered 167. From this year the history of the congregation is well known, for in 1706 a church record (Menniste Christen Karcken Boeck) was begun. In 1741, in the merger with the Flemish, the old Agterom meetinghouse was abandoned. The congregation then held services in the former Flemish Kakelsteeg meetinghouse. This being too small for the congregation, a new meetinghouse was erected in 1761 (still in use) on the Vermaningssteeg. Until 1765 it had only untrained ministers chosen out of the congregation. Among them were Jan Thomas, Wiebe Pieters Zeeman, Pieke Tjommes, and Wytze Jeens Brouwer. All of these men were suspended by the Frisian government on charges of Socinianism—Jan Thomas in 1719, and the other three in 1738.

Johannes Sytzes Hoekstra, called in from Burg on the island of Texel, served here from 1765 until his death in 1776. He was followed by Hendrik Jans Blauw 1776-82, who had previously served at Norden, Germany. During his ministry the congregation by brotherly agreement was divided into two congregations, one at Heerenveen and one at Bovenknijpe. The Heerenveen congregation then numbered about 200 members, that of Bovenknijpe 92.