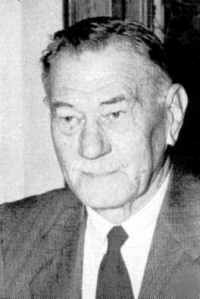 In 1923 Epp immigrated from Russia to Rosthern, Saskatchewan, arriving on 4 August 1923. He established a print shop the same year in Rosthern. Epp founded Der Bote, and served as its editor continuously from its beginning in 1923 until his death in 1955. He also published and edited the Saskatchewan Valley News and numerous books in the interest of the Canadian Mennonite constituency. He served as chairperson of the Central Mennonite Immigration Committee 1923-1934, held position on the Board of Directors of Rosthern Junior College, and was a member of the Canadian Mennonite Board of Colonization. In 1944, when former students of the Chortitza Zentralschule founded the Echo-Verlag, he was elected chairperson of this organization.

D. H. Epp made a significant contribution to the cultural life of the Mennonites of Russia and Canada.