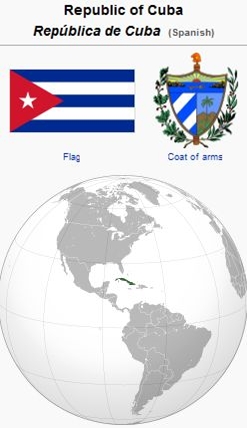 Working on the island in 1986 were two Anabaptist-rooted denominations and the Mennonite Central Committee.

The Brethren in Christ began their work in 1953, establishing a mission program that developed into the Iglesia de los Hermanos en Cristo. The two congregations formed have weathered difficulties and were active in 1987 as a registered church.

The Franconia Mennonite Conference (MC), founded the Cuba Mennonite Mission in 1954. The missionaries worked out of two centers, Rancho Veloz and Sagua la Grande, both located in Santa Clara Province in north central Cuba. Numerous witness points were established. Methods included teaching English, home visitation, home Bible studies, and radio broadcasting. By 1960, six missionaries were on the field. All of them eventually left as a result of the revolution (1959). Because government registration was not obtained, any Mennonite Church gathering became illegal. Therefore, in 1987, Mennonite converts were worshiping with other Protestant groups. After Cuba began to permit some visitation, a few Brethren in Christ and Mennonite leaders visited their respective people.

After 1981 the Mennonite Central Committee (MCC) worked through church agencies in Cuba to help Cuban churches carry out their ministries, and to foster understandings between Cubans and North Americans. Examples of MCC work include helping repair a chapel, assisting in refurbishing a Bible study center, and contributing Anabaptist and peace literature to church libraries.

The following Anabaptist groups were active in Cuba in 2012: