Contextualization is a term introduced around 1972 to supersede the time-honored "indigenous." The phrase "indigenous church" emerged in the 19th century to describe the goal of mission. A church was said to be indigenous when it became self-supporting, self-propagating, and self-governing. Increasingly this formulation fell under criticism. First, it assumed that Western forms were normative universally and encouraged attempts to transplant a Western-style church in other cultures. Second, it had no biblical support. Third, it was arbitrary as to what it set up as the standard by which to evaluate the results of missionary work.

Contextualization shifted emphasis to the context or situation in which Christian witness was being given. It called for recognition of the culture, history, and sociopolitical position of the people among whom witness was being made. Theologically, it took the incarnation of Jesus Christ as the foundation for missionary approach and witness.

After vigorous debate during an initial phase, the word contextualization and its implications gained wide acceptance among all varieties of Christian traditions. A large body of literature has developed around this theme, and it has become the point of departure for a wide-ranging critique of all missionary work and practice.

Among the advocates of contextualization were prominent non-Western theologians and church leaders. They urged its application to all aspects of church life -- structures, worship and ritual, and theology. 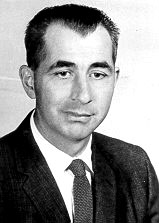 Several developments helped prepare the way for the acceptance of contextualization. From the mid-1940s missionary anthropology came into prominence through the influence of such leaders as Eugene A. Nida and Kenneth L. Pike, both associated with the work of Bible translation. This fostered a more positive evaluation of all cultures, encouraged a deepened understanding of and respect for each culture, acknowledged that no culture is morally superior to another and that each culture falls under judgment of the gospel, asserted that all cultures can be vehicles for receiving the gospel of Jesus Christ, and noted that individuals always express themselves most profoundly in their own-rather than an alien-culture. It is noteworthy that Roman Catholic missionaries first employed vernacular translations of the scriptures and promoted literacy and Bible reading after the Second Vatican Council (1962-65), in part because of the pastoral needs of the newer churches in the non-Western world.

Several Mennonites received advanced training in anthropology and linguistics and have been part of this change in emphasis. Jacob A. Loewen exerted wide influence through his graphic and prolific writings as a missionary anthropologist, especially in the 1960s. Mennonites participated in this conceptual change and have viewed it positively.