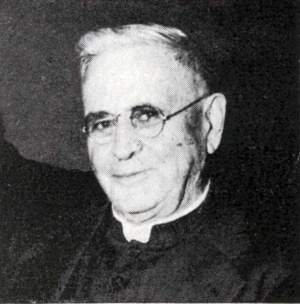 Following the Mennonite Brethren in Christ pattern of frequent changes in congregational leadership, Bricker served at the Blair, Hespeler, Port Elgin, Shrigley, Elmwood, Stouffville, Markham, Sunnidale, Toronto and Breslau congregations. In 1924 he was elected presiding elder for the Ontario Mennonite Brethren in Christ, and continued in this role until he retired in 1944 (except for a two year pastorate at Breslau in the 1930s).

Bricker also served on the General Board and Foreign Mission Board of the Mennonite Brethren in Christ for many years.

Milton Bricker was a warm personality who came to know virtually all members in the Ontario district conference. One of his frequently repeated exhortations was, "Walk worthy, follow closely, and live ready for His coming." This characterized his concern for the life of the church. Milton and Agnes Bricker are buried in the Woodland Cemetery in Kitchener, Ontario.