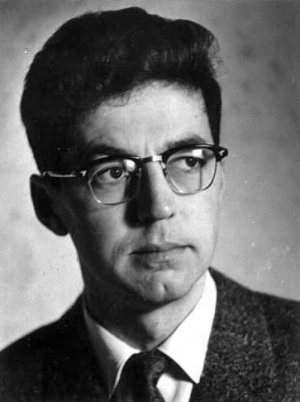 Clarence Bauman: theology professor and author; born 15 May 1928 in Mennon, Saskatchewan to Alexander Bauman and Elizabeth (Quiring) Bauman.  He was the second child in a family of three daughters and two sons. He married Alice Nikkel in Bakersfield, California on 27 August 1954. Clarence and Alice had no children. Clarence died 20 August 1995 in Elkhart, Indiana.

Early in his life Clarence moved to British Columbia with his parents and siblings, residing first in Agassiz and then in Yarrow before settling on a farm in Abbotsford. As a teenager he was baptized upon his confession of faith and joined the South Abbotsford Mennonite Brethren Church.

After graduating from the Mennonite Educational Institute in Abbotsford, Clarence spent a year at the Mennonite Brethren Bible School in Abbotsford before enrolling at the University of British Columbia, graduating with a BA in 1951. He then attended Fuller Theological Seminary in Los Angeles, California, graduating with a BD in 1955. During that time he spent one year at Goshen Biblical Seminary in Goshen, Indiana pursuing his interest in Anabaptist history and theology under Harold S. Bender. In Germany, after two years with the Mennonite Central Committee (MCC) East-West peace witness (1957-1959), he enrolled at the University of Bonn, and with Helmut Gollwitzer as his dissertation supervisor, graduated with a Doctor of Theology in 1963. He received an honorary PhD from the University of Edinburgh in 1975.

In 1961 Bauman was appointed to teach theology at the Associated Mennonite Biblical Seminaries in Elkhart, Indiana, where he continued to teach and do research until his death in 1995.

Bauman's own summary of his years at Elkhart Seminary gives a helpful insight into the kind of man he was: "Through pondering the wisdom of Jesus in exegesis, researching the genius of Anabaptism in history, examining the lives of the saints in discipleship, debating the mystery of life in the classics, exploring the meaning of faith in theology, and evaluating the human condition in ethics, I came  to realize that (1) life is a loving struggle for meaning, (2) in creative silence one recovers the reason for being, (3) truth exists in boundless communication, (4) authentic life is lived in the awareness of death, (5) Jesus frees us from human authority, (6) we may live in complete openness to God, (7) the whole world is full of God, (8) to believe Jesus means to follow his teaching, (9) true community is based on mutual respect and genuine humility, (10) we do only that well which is done with joy, (11) faith and life can be pure and simple."

Clarence Bauman led a Great Books Club discussion group in Elkhart (1969-1975), which attracted atheists, communists, and believers in God from a wide spectrum of faiths and denominations. He also designed and built a set of monastic-style buildings on a mountain ledge at Camp Squeah near Hope, British Columbia, and spent his summers there between 1969 and 1981. In Elkhart he pioneered a Quaker-style silent meeting (1971-1995), open to anyone in the community. Bauman's unique cloverleaf-shaped home in a little wood on the edge of the Seminary campus was an expression of his commitment to simplicity and solitude and drew many students and other pilgrims there in their search for God. Clarence Bauman was also an accomplished finish-carpenter and auto mechanic.

During a sabbatical in Israel in 1968, Clarence Bauman was diagnosed with Parkinson's disease. He continued teaching until 1986, after which he concentrated more on research and writing, the main focus being exegetical research into understanding Jesus' Sermon on the Mount. The extensive collection of books, papers and microfilms that Bauman amassed during his lifetime in 2005 were in the possession of Alice Bauman.

Bauman, Clarence. The Sermon on the Mount: The Modern Quest for its Meaning. Macon, GA: Mercer University Press, 1985.

Bauman, Clarence. On the Meaning of Life: An Anthology of Theological Reflection. Nappanee, IN: Evangel Press, 1993.