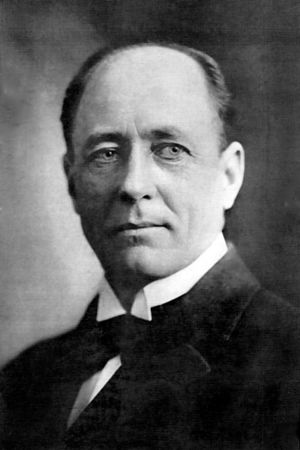 Joseph Warren Yoder was born 22 September 1872 in the Kishacoquillas Valley of Mifflin County, Pennsylvania, USA. He was the son of an Amish preacher, Christian Z. Yoder, and his wife Rosanna (McGonegal) Yoder. Yoder portrayed Rosanna as the orphaned daughter of Irish immigrants who was raised by an Amish woman in Rosanna of the Amish (1940), which has sold more than 400,000 copies.

Following his graduation from Brethren Normal School (now Juniata College) in 1895, Yoder served for two years as principal of the Milroy High School. His charismatic personality and success as a teacher led to an invitation by John S. Coffman to teach at the Elkhart Institute where he served as an instructor in English, music, Greek, and light gymnastics from 1897 until 1901, interrupted by a period of study at Northwestern University. In Chicago he boarded at the YMCA and embraced physical culture and progressive causes, such as temperance and women’s suffrage. In 1901 he returned to Juniata College to serve as the school’s first athletic director while completing a BA degree. Under the influence of M. G. Brumbaugh—pioneering Church of the Brethren educator, historian, and later Pennsylvania Governor—Yoder wrote a short history of the Amish people, returned to his home community to notate Amish hymns, and published poems in English and Pennsylvania Dutch.

Following graduation from Juniata in 1904, he began to teach singing to public school teachers at teachers institutes, and to offer singing schools for (Old) Mennonites, who were just beginning to permit four-part singing in worship. From 1905 through 1909, he taught logic and math while coaching basketball, baseball and debate teams at the Normal School in Lock Haven, Pennsylvania. Through the 1910s and ‘20s, he shared a home with John M. Hooley and his family in Richboro, Pennsylvania, and continued to maintain an itinerant schedule of teaching singing and musical literacy schools for Brethren, Mennonites, Methodists, River Brethren, and Amish Mennonites during the winter, then serving as musical director for teachers institutes in Pennsylvania and other states during the summer. He annually published compilations of religious and secular songs, including his own proposed state song. In 1915, he also began serving as a traveling high school recruiter for Juniata College.

In 1932, at the age of 60, Yoder married Emily Lane and bought a home in Huntingdon, Pennsylvania. Provoked by stereotypes of “Dumb Dutch” and Amish people in popular novels by Helen R. Martin and Ruth Lininger Dobson, he determined to write a “true” account of his mother’s life and accurately to represent the virtues of Amish culture. S. Duane Kauffman has since shown that many of the details in Rosanna of the Amish cannot be reconciled with the historical record. Yoder published Amische Lieder (1942), a song book combining shaped notes and German text for hymns sung by the Amish in Mifflin County, Pennsylvania, as well as some others. Although unappreciated by his intended Amish audience, this project was applauded by musicologists who had believed that the sixteenth century tunes for the Ausbund texts had been lost.

Yoder subsequently published Rosanna’s Boys (1949), a fragmented sequel to the 1940 volume; and Amish Traditions (1950), a confrontation of congregational division, shunning, use of the German language, meat eating, and other practices in Amish life that he regarded as unscriptural or unhealthy. This book was denounced by Paul Erb in both Mennonite and Amish publications. Yoder’s final booklet, The Prayer Veil Analyzed (1954), launched a strenuous theological argument against the head covering and subjugation of women in Christian churches. He died on 13 November 1956. Throughout his life, Yoder maintained his membership in the Mennonite Church (Maple Grove, at Belleville, Pennsylvania) where he was baptized and where his funeral services were held.

Following his graduation from Brethern Normal School (now Juniata College) in 1895, he served for two years as principal of the Milroy (Pennsylvania, USA) High School. His outstanding personality and his success as an inspiring teacher led to an invitation by John S. Coffman to teach at the Elkhart Institute where he served as an instructor in English, music, and Greek in 1897-1901, interrupted by a period of study at Northwestern University. He returned to Juniata College in 1901 where he secured the BA degree in 1904. Following his graduation he taught in Lock Haven (Pennsylvania, USA) Teachers Normal for a number of years. From 1904 on, one of his major interests was music.

Yoder taught music classes for Brethren, Mennonites, Methodists, River Brethren, and Amish Mennonites. He became one of the most widely known "musical directors" at teachers' institutes in Pennsylvania, Indiana, Illinois, and Virginia. His connection with Juniata College as "high school visitor" attracted many young people to that institution. He is widely known for his books: Rosanna of the Amish (1940), his mother's story, an intimate, authentic account of Amish family life; Amische Lieder (1942), a "first" in the history of musicology - notating the tunes of the hymns sung by the Amish in Mifflin County, PA; Rosanna's Boys (1949), the sequel to the 1940 volume; and Amish Traditions (1950), an effort to show that many divisions arise from unscriptural causes.

"J. W." maintained his membership in the Mennonite Church (Maple Grove, at Belleville, Pennsylvania) where he was baptized and where on 15 November 1956, his funeral services were held. He died on 13 November 1956.