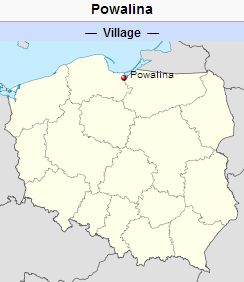 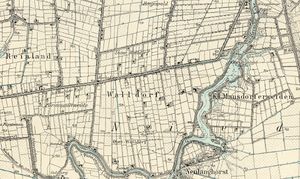 The village was established after the Nowomiejski forest had been cleared in ca. 1715. The village was located on both sides of the Nowy Dwór - Marzęcin route and was called Schwartze Tam and Winter Bahn. Until 1772 Walldorf was part of the Kingdom of Poland. The First Partition of Poland in 1772 resulted in the creation of a new province in 1773, called West Prussia, in which Walldorf was located. Walldorf was situated in the district (Kreis) of Elbing until the establishment of the Free City of Danzig in 1920. The village came under the control of Nazi Germany during World War II until February 1945, when it was occupied by Soviet forces and returned to Poland. Today Walldorf (now Powalina) is a village in the administrative district of Gmina Nowy Dwór Gdański, within Nowy Dwór Gdański County, Pomeranian Voivodeship.