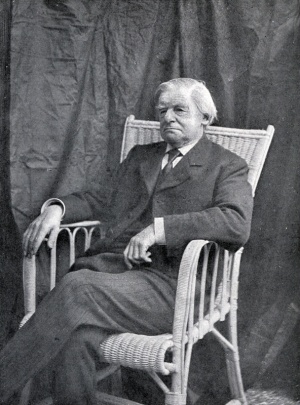 Jeronimo de Vries, born 17 June 1838 at Amsterdam, died 29 April 1915 at Haarlem, a Dutch Mennonite minister, a son of Gerrit de Vries Jzn. He married A. M. Jarman, d. 1902. He was educated at the Athenaeum at Amsterdam, where he studied classi­cal languages and Dutch literature, and at the Am­sterdam Mennonite Seminary. He served in the congregations of Noordeind van Graft 1862-1865, Krommenie 1865-1870, Wormerveer 1870-1872, and Haarlem 1872-1908, retiring in this year. Particular­ly in the Haarlem congregation he developed his great gifts of intellect and heart. His health was poor; but he was a popular pulpit orator, a man of liberal convictions who stressed the ethical meaning of Christianity. Yet he was not a cold moralizer; his sermons overflowed with genuine piety and are at the same time stylistic masterpieces.

His colleagues, Simon Gorter, d. 1871, and Jacobus Craandijk, d. 1912, were commemorated by de Vries in the Levensberichten of the Association for Dutch Literature. In Eigen Haard, of which very popular weekly he was the editor for many years, he pub­lished numerous articles, a few of them concerning Dutch Mennonite history.

Jeronimo de Vries was a trustee of the Algemeene Doopsgezinde Sociëteit 1886-1911, curator of its seminary, secretary of the Haarlemsche Vereeniging, and on the board of a number of non-Mennonite associations; e.g., co-director of the Teyler Foundation and trustee of the Nederlandsche Protestantenbond (Dutch liberal Protestant union), being a co-editor of its hymnal in 1882.