From GAMEO
Revision as of 22:58, 24 February 2021 by RichardThiessen (talk | contribs) (Added categories.)
(diff) ← Older revision | Latest revision (diff) | Newer revision → (diff)
Jump to navigation Jump to search
A checked version of this page, approved on 24 February 2021, was based on this revision. 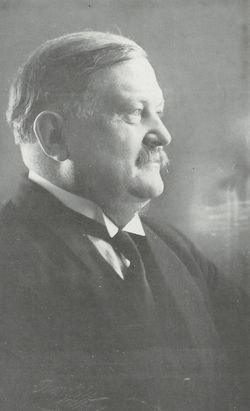 Benjamin's father was the elder of the Mennonite (Kirchliche Mennoniten) Church at Karassan, Crimea, but Benjamin was baptized a member of the Mennonite Brethren Church at Spat at the age of 18. Benjamin attended the Orloff Zentralschule, Molotschna, followed by the pedagogical course at Halbstadt. He passed the teachers' examination at the Russian secondary school at Simferopol, and in 1899 the Russian state examination at Kharkov. His education was crowned by attendance at two higher schools in Basel, Switzerland, followed by the University 1900-1907, and the Predigerseminar, parallel in the earlier years. He received the Licentiate in theology, which was equivalent to the doctor's degree, in Church History at Basel, and the honorary Doctor of Theology at the University of Heidelberg in 1937. He also served for a number of years as lecturer in Russian language and literature at the Karlsruhe Technische Hochschule.

Unruh was the author not only of numerous articles in the German Mennonite press of Germany and Canada but of a major scholarly work, Die niederlandisch-niederdeutschen Hintergründe der mennonitischen Ostwanderungen im 16., 18. und 19. Jahrhundert (Karlsruhe-Rüppurr, 1955). His "Fügung und Fuhrung im Mennonitischen Welt-Hilfswerk 1920-1933, Streiflichter in personlicher und dienstlicher Rückschau," completed in 1958, has been deposited in manuscript with the Mennonite Central Committee at Akron, Pennsylvania, and the Canadian Mennonite Board of Colonization at Saskatoon, Saskatchewan.