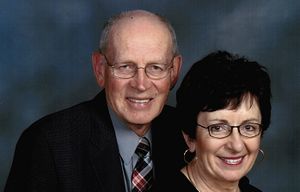 Walter grew up in St. Catharines, Ontario, where he attended high school at Eden Christian College. Walter’s appetite for learning was nurtured at the Mennonite Brethren Bible College in Winnipeg, Manitoba, where he grew to love history and theology. He earned his second Bachelor of Arts from the University of Waterloo, Ontario, with majors in history and philosophy. In preparation for his anticipated career in public school teaching, Walter gained his professional credentials in Hamilton, Ontario. After ten years as a public school teacher, Walter continued his studies at the Trinity Evangelical Divinity School, in Deerfield, Illinois. His MA thesis examined the social views of Charles G. Finney. Being an avid life-long learner, Walter earned a PhD from Simon Fraser University in Burnaby, British Columbia in 1982. His dissertation was titled: "Earnestly Contending for the Faith: The Role of the Niagara Bible Conference in the Emergence of American Fundamentalism, 1875-1900."

Walter spent his entire life serving in the Mennonite church. He was baptized into the Scott Street MB Church on 8 July 1951, and matured into a dedicated churchman, who strove to articulate a contemporary understanding of his Mennonite Brethren denomination. He was very involved with the congregations to which he belonged: Scott Street MB Church, from 1951 to 1964; Fairview MB Church, 1964-1968 where he was the associate pastor, and Bakerview MB Church, Abbotsford, BC, 1969-2018. Beyond serving in his own home church, Walter was active in the Canadian Conference of MB Churches, serving on the Board of Christian Education and the Board of Faith and Life, which he chaired for many years.

Apart from a stint as a public school teacher, Walter’s life work was concentrated at Columbia Bible College in Abbotsford, BC. He began as an instructor in 1969 and was later appointed as Academic Dean. He served as interim president of the school from 1978 to 1980, and as president from 1985 to 2001.

Columbia thrived and grew during his 30-year tenure. His steady leadership guided the College through the process of gaining accreditation and achieving a government charter to grant baccalaureate degrees. Significant building campaigns helped create an attractive campus. Student enrollment increased dramatically and the curriculum was expanded during his presidency. As President Emeritus, Walter returned to his first love, teaching several courses each semester on a volunteer basis.

Amidst a very full career and frequent preaching assignments, Walter left a legacy of thoughtfulness with his writing, contributing some 300 articles to the MB Herald on a wide diversity of subjects that were at the heart of contemporary culture and spirituality. He authored several papers defining MB understanding of matters pertaining to faith and life, some of which were published in Direction, a North American MB journal, and in the Global Anabaptist Mennonite Encyclopedia Online.

Walter was twice a scholar-in-residence in Oxford University. Here he furthered his interest in C. S. Lewis, and made acquaintance with the step son of Lewis, Douglas Gresham, whom Walter invited for some lectures at Columbia Bible College. It was evident that the thinking of Lewis left a deep imprint on Walter’s mind, often citing him in his own speaking and writing.

Unger was blessed with a natural curiosity, with a book never far from his reach. He found his relaxation in reading, good theater, travel, and participating in sports. Whenever time permitted, it was rare for him to turn down the next round of golf with family or friends.

Walter Unger cultivated a disciplined spirituality, insisting that Christology was the bedrock of faith. He credited his more than 30 years of journalling as “an excellent means of tracking the inner journey.” He often acknowledged that his wife Laura was his closest confidant and a vital partner in his life’s accomplishments.

Unger, Laura and Bruce. Interview by author. Abbotsford, BC (June 2018).