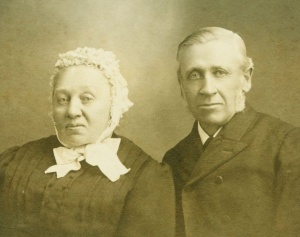 Jacob attended school at Weisshof and was baptized in 1854. In 1858 he visited his relatives in Russia. In 1860 he married and in 1864 he was ordained to the ministry by Johann Wiebe. In 1869 he migrated to Russia and took part in the establishment of the Am Trakt Mennonite settlement in Saratov. In 1880 he joined the group that moved to Central Asia to escape government service and to be prepared to meet the Lord. On 10 October 1884, they arrived in Newton, Kansas. In 1886 he was elected elder of the First Mennonite Church and installed by Leonhard Sudermann, which office he held for 31 years. In 1916 he resigned and moved to Aberdeen, Idaho, where he died 2 January 1922.