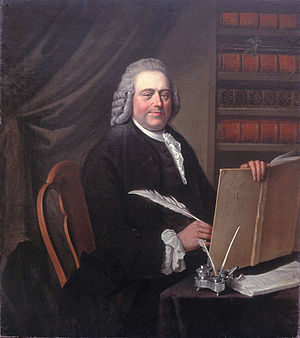 He was a loyal Mennonite of somewhat liberal convictions. In 1735, when the Amsterdam Lamist congregation on the occasion of starting its theological seminary intended to found a General Dutch Mennonite Conference, Teyler in opposition to the views of his Haarlem co-deacons, promoted this conference ardently but vainly, for the Algemeene Doopsgezinde Sociëteit (ADS) (general conference) was not founded until 1811. He served his home church, the Waterlander Peuzelaarsteeg congregation, as a deacon, and from 1750 he was trustee of the Klein Heiligland orphanage.

He was a silk manufacturer and merchant; through inheritance and through his own prosperous business he became a very wealthy man; yet he is said to have been very sober and even thrifty in his private life, at the same time a benefactor of the poor, liberally contributing to all kinds of charitable associations. In 1756 he founded a home for old women at Klein Heiligland. Being a man of study and scientific interests, Teyler, like many notable persons of this age, collected in his stately house in the Damstraat a large number of books, pictures, physical instruments, and valuable art treasures. After the early death of both his children and his wife (d. 1754) Teyler in 1756 willed his entire property to a foundation that would relieve poverty and promote science and art.