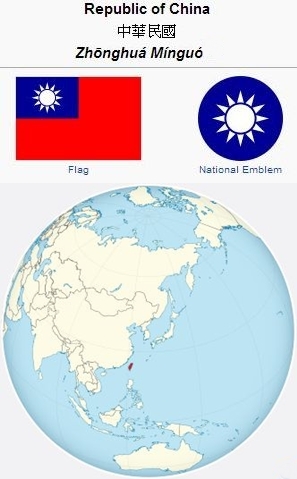 In 1948, Mennonite Central Committee (MCC) was invited by the Presbyterian Church in Taiwan to establish the Mennonite Mountain Medical Team for mobile service in the mountain areas. MCC envisaged its work as Christian service “in the Name of Christ” and its programs built up a respect for Mennonites throughout the island. This team was directed by Glen D. Graber, and set up provisional clinics. They made circuits around the mountain areas every year diagnosing and treating illnesses and providing food and hygiene education. Under the leadership of Dr. Roland Engle and Dr. Roland P. Brown, the mountain clinic at Hualien finally expanded in 1954 to become a hospital with a 35-bed capacity. The Mennonite Christian Hospital (MCH) became a milestone of the medical care of the Mennonites in Taiwan.

Due to the expansion of medical work, the General Conference Mennonite Board of Missions (later the Commission on Overseas Mission, or COM) decided to take over the work of MCC and to plant churches in 1953. The Mennonites did not initially plant churches among the indigenous people, who were more receptive of the Gospel, because of an agreement that had been reached with the Presbyterian missionary James Dickson. But in the end, the Mennonites decided to evangelize the Taiwanese-speakers. The first Mennonite church in Taiwan, the so-called Bamboo Church, began in 7 November 1954 in Glen Graber’s garage, which had been built from bamboo. The church, Linsen Road Mennonite Church, was officially formed on 12 March 1955 in Taichong.

Hugh Sprunger and his family were dispatched to Taiwan to help establish the church and later founded other churches. Lu Chun-Tiong, a Presbyterian pastor with a folk-like charisma, attracted many Taiwanese people who were baptized. He was the most important contributor in the early period of the Mennonite church in Taiwan. The quality and quantity of the Mennonite church in Taiwan eventually improved because of new social services such as the extension of hospitals, the establishment of nursing schools, the airing of the English radio program “Daily Thoughts” and the “Christian Literature Center” bookstore.

The Fellowship of Mennonite Churches in Taiwan (FOMCIT), was officially established at the fifth annual conference of Mennonite churches in 1963. The Protestant churches in Taiwan grew quickly during this period, among both the mainlanders and the indigenous tribes. The Protestant community shot up from about 37,000 members after the war to over 200,000 in 1960. The unstable political situation for Taiwan resulted in a feeling of uncertainty among both Taiwanese and mainland people. Thus, they became “fertile soil” for the Gospel. The percentage of Christians on the island rose from one percent in 1945 to five percent in 1965. The Mennonite Church in Taiwan also grew rapidly during this period. With the support of Commission on Overseas Mission, new Mennonite churches were gradually established. According to the annual report of FOMCIT, there were 16 congregations with a total membership of 903 in 1978.

In 1994, COM announced that its task in Taiwan was finished. FOMCIT became a mission partner of COM from then on. In the meantime, FOMCIT also achieved its Economic Independence Project which was begun in March 1983. FOMCIT became self-supporting, self-governing, and self-propagating. But the more difficult task, becoming self-theologizing, was still in process.

From 1977 on, the social services of FOMCIT kept developing. Otto Dirks founded the New Dawn Retardation Developmental Center in 1977 in Hualien for taking care of those suffering physical or mental disabilities. In 1992, the Taiwanese government allocated 126 million Taiwanese dollars (about four million US dollars) to reconstruct its office into a seven-story building because of New Dawn’s respected service. Now New Dawn, with a progressive vision, is a pioneer in professional skills-training for the disabled in east Taiwan. In 1986 the Good Shepherd Center was established in Hualien for rescuing child prostitutes, sexually abused young girls and women who are victims of domestic violence; it ran a halfway house in support of these people.

From 2000 to 2012 the Fellowship of Mennonite Churches in Taiwan has congregations located in three major urban areas: Taipei and Taoyuan, Taichung, and Hualien.