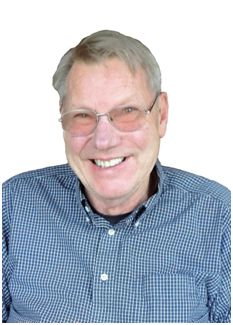 Elmer grew up in Abbotsford, British Columbia (BC). He was baptized on 1 January 1947 and joined the South Abbotsford Mennonite Brethren Church. While studying in Vancouver, Elmer attended Fraserview MB and Killarney Park MB Churches, where he taught young adult Sunday school classes. Later at the Fort Garry MB Church in Winnipeg, he taught international students. He and his wife Wilma served as deacons in the Fort Garry congregation.

Elmer completed his BA and MS degrees at the University of British Columbia, and his PhD at Oregon State University. Following his doctoral studies, he taught plant science at the University of Manitoba for 27 years. His greatest joy was to see farmers increasing crop production while at the same time decreasing operational costs without compromising soil resources.

He was variously recognized for excellence in his specialization, where he was known for his capacity to "think outside of the box." In 1991 the Manitoba-North Dakota Zero Tillage Association cited him as one of the pioneers of zero and minimum crop tillage. A year later the Manitoba Seed Growers Association awarded him with an honorary life membership. In 1994, Manitoba Premier Gary Filmon presented Elmer with a Friends of Sustainable Development Certificate for advancing zero tillage practices.

After his retirement in 1995, Elmer generously contributed his time and expertise to several charitable causes. For some years he volunteered with the Canadian Executive Service Organization (CESO), serving in several countries, including China, Philippines, Russia, and Ukraine. He also spent time with an Asset Based Community Organization in Lesotho, dedicated to breaking the cycle of poverty by mobilizing local assets. In his own community, Elmer became a keen advocate for seniors while serving on the Tabor Home Society (later Tabor Village) Board. He also invested two terms of service with the Logos Canada Board. As Elmer’s Logos colleague Harold Peters noted, "He was a team player" and "a great ambassador for Logos Canada who enjoyed people."

Throughout his career, Elmer took satisfaction in mentoring young people to discover their self-worth. Regularly, he supervised graduate students in their research projects. He regarded his conversion to faith in Jesus Christ as the most important decision of his life.