From GAMEO
Revision as of 06:48, 11 September 2013 by RichardThiessen (talk | contribs) (Replaced the internal link to The Christian Witness to the State with the Anabaptist Wiki version.)
(diff) ← Older revision | Latest revision (diff) | Newer revision → (diff)
Jump to navigation Jump to search
A checked version of this page, approved on 11 September 2013, was based on this revision.

Sociopolitical Activism refers to citizen actions intended to influence public policy or change social structures. From their beginnings, Anabaptist and Mennonite groups have petitioned governments on matters of religious toleration, exemption from military service, immigration rights, and other concerns essential to maintaining the identity and integrity of the church community (lobbying).

During most of their history, Mennonites have been reluctant to act publicly on broader questions of justice and civil order. It should he noted, however, that the first generation of Anabaptists dared to challenge the policies of contemporary rulers. Menno Simons did not hesitate to argue against capital punishment and to call persons in authority to obey the will of God for their office. With his forthright, almost defiant, exhortations to magistrates, Menno stands as a prototype of prophetic witness to the state.

Severe persecution and subsequent immigration muted the aggressiveness of the early Anabaptists. When they found refuge in America and in Russia, Mennonites tended to isolate themselves from the social and political system around them, becoming " the quiet in the land." After the American Colonial period, voting in elections came to he viewed negatively by many Mennonites.

The 19th-century awakening of North American Mennonites created new interest in outreach beyond their isolated communities. This renewal was accompanied by external events -- famine in India, war in Europe, revolution in Russia -- that brought sweeping changes in the church's relation to society and state.

Early in the 20th century, the temperance question became the occasion for otherwise nonvoting Mennonites to advocate prohibition of alcoholic beverages. Members of the Virginia Conference (Mennonite Church), for example, in 1915 resolved to "use our influence by vote or otherwise, against the use or sale of strong drink." Some church leaders advocated the alternative of personal witness to saloon-keepers in local communities.

In the period after World War II, the expanding global mission, relief, and service activities of church agencies brought human needs to the attention of Mennonite people. Through their ministry to suffering people, Mennonites discovered the pervasive impact of government policies, for good or for evil. Race relations also became an issue for Mennonites as they learned of the evils of racial segregation and discrimination. 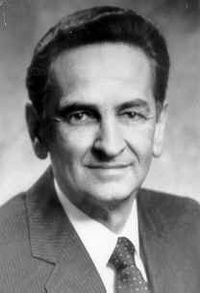 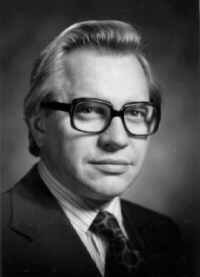 Mennonite voluntary service units and church planting projects in urban places brought awareness of the massive dimensions of economic injustice and inspired public efforts to bring about reform at both local and national levels. Outreach through prison ministries and concern for criminal offenders led to official testimony against capital punishment, along with working toward constructive alternatives to conventional prison punishment.

Responding to these concerns, official Mennonite bodies began to address government officials regarding issues of justice and social welfare, along with continuing their public witness on peace and military concerns. Among many examples of bolder and more comprehensive political pronouncements are the 1959 General Conference Mennonite Church resolution on surplus food and the international refugee year, and the 1964 Franconia Conference (MC) letter to United States senators encouraging a "practical, workable Civil Rights Bill."

The growing activism of the 1960s resulted in many denominational study processes, conference resolutions, and major position statements on social concerns. Such writers as Peter Ediger, Frank Epp, John A. Lapp, John H. Redekop and John H. Yoder provided theological reflection on political witness and activity. During the same decade, a number of Mennonites joined in demonstrations, boycotts, and other controversial public actions. Most claimed to be acting from the same motives of Christian compassion and concern for justice that inspired the more conventional approaches.

Although traditional Mennonite teaching has warned against the temptations of power and political office, some Mennonite individuals have launched election campaigns based on platforms that explicitly expressed Christian values. Prominent recent examples include Frank Epp in Ontario (1979, 1980), James Juhnke in Kansas (1970), LeRoy Kennel in Illinois (1980, 1982), and Terry Miller in South Dakota. Canadian Mennonites have accepted political involvement much more readily than the U.S. churches. A significant number of Canadian provincial and national posts were held by persons of Mennonite background in the late 1980s (Politics; government).

The Washington office of MCC, established in 1968, and the Ottawa office of MCC Canada, represent deliberate efforts to engage the national political scene (lobbying). These offices, through the Washington memo, the Ottawa report, and other means, provide information on a wide range of is sues and enable constituents to communicate their concerns to government officials.

General Board, (MC), unpublished papers from "The church's relationship to the political order." presented at "Conversations on Faith II" at Laurelville, PA, March 7-9, 1985 (see especially J. B. Burkholder, "Continuity and Change: an Analysis of the Mennonite Experience with the Political Order.

Mennonite Central Committee. "A New Look at the Church and State Issue." (from 1965 study conference, Chicago).

Redekop, John H. "Mennonites and Politics in Canada and the United States." Journal of Mennonite Studies 1 (1983): 79-105, includes a listing of Mennonite politicians and extensive bibliography in the notes.