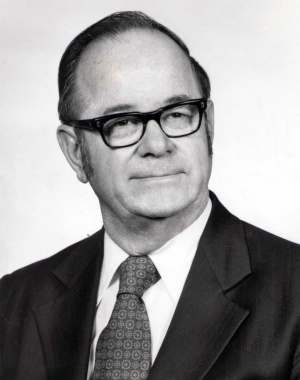 William Snyder was MCC’s longest-serving Executive Secretary. Under his leadership MCC made the transition from a relief and refugee settlement program with a major European concentration to a global program with an expanded community development emphasis. The number of MCC- appointed workers increased to 497 serving in 58 countries. Much of this growth took place in Africa in the aftermath of the colonization era.

Snyder’s service went beyond MCC and included the board of Church World Service. He was one of the founders of International Voluntary Service and served on its board for more than 20 years. For many years he represented MCC on the Washington, D.C. based National Service Board for Religious Objectors.

William Snyder gave first priority to activities related to the wider Mennonite church. He and Lucille were charter members of Bethel Mennonite Church, Lancaster, Pennsylvania, established in 1947 by Eastern District Conference. As active members of the  congregation, Lucille served as organist and William as Sunday School superintendent and teacher. William was also active serving on boards in both the Eastern District and General Conference Mennonite Church. In the 1940s and 1950s he served on the Publication and Historical Committee and the Peace Committee of the Eastern District. From 1953-1965 he served on the General Conference Board of Christian Service and the Executive Committee.  In addition he served on the boards of the Schowalter Foundation and the <em>Mennonite Weekly Review</em>.