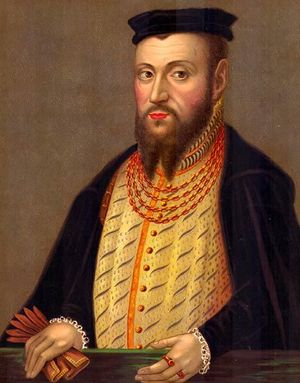 Sigismund united Lithuania, West Prussia, Volhynia, and the Ukraine with Poland in 1569 and granted general religious freedom in 1572. He did not at first tolerate the Anabaptists, whom he considered a threat to the state. When he heard that Dutch Mennonite refugees were settling in Elbing he issued a mandate in 1556 ordering their expulsion, but later he confirmed the contract of lease concluded by the barons of Loysen with the Mennonites.

Sigismund was succeeded by Henri of Valois, who reigned as King of Poland from 1573 to 1574 before abdicating to become King Henry III of France. Sigismund’s sister Anna Jagiellon was elected Queen of Poland in 1575, ruling with her husband Stefan Batory.