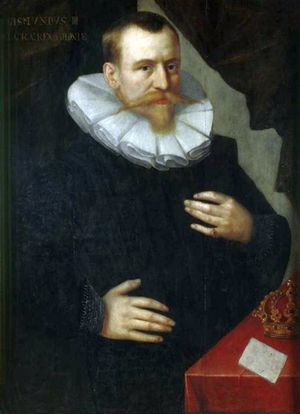 Sigismund confirmed the contracts of lease made with the Mennonites and on 20 October 1623, accorded special privileges to the lacemakers of Schottland, most of whom were Mennonites. But he refused to grant them any new rights or liberties. Upon the complaint of the city council of Elbing that the Mennonites broke up marriages without having previously informed the authorities (i.e., they practiced avoidance), married one another, and divided property at their pleasure, he forbade the Mennonites, upon penalty of a fine of 100 guilders, to marry without the foreknowledge of the authorities, and ordered that the Mennonites should be given no special rights. When the Mennonites nevertheless requested release from all civil handicaps, especially from military defense of the city and the court oath, he decreed on 26 April 1615, that they should do their duty like others. But the ruling was not enforced. On 26 April 1626 (1635, as given by Mannhardt, p. 72, is impossible because he was no longer on the throne at that date), the king sent the following orders to the magistrate of Elbing: Because he had heard that they had accepted Anabaptists and Mennonites and given them liberties, so that they "without swearing to him and the city, carried on trade and crafts, bought houses, snatched food from the citizens, and tolerated them free of all that citizens must assume, and, what was not the least, their testimony at court was counted as valid as an oath, all of which is contrary to the public and special laws and offended his royal regard sorely and threatened to do harm," therefore these "people shall be held to sworn obligations to the king and the city, to take up all civil burdens."

Sigismund placed wild hordes of Cossacks and Poles at the disposal of his brother-in-law, Ferdinand II of Austria, which burned and sacked the Hutterite Bruderhofs at Schädowitz, Watznobis, and Goding, killing many of the people.