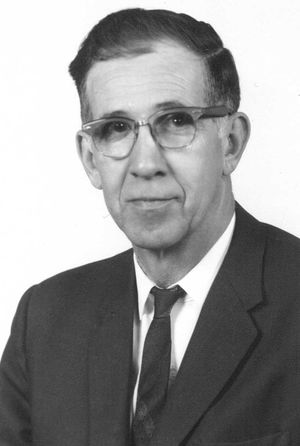 Paul Shelly graduated from Pennsburg High School (1927), Ursinus College (1936), and Hartford Theological Seminary (1939). He continued his education at Columbia University’s Teachers’ College and Union Theological Seminary, where he completed the coursework for his doctorate in 1944. After numerous delays he completed his dissertation and obtained his PhD at Columbia in 1950. His dissertation was titled: "Religious education and Mennonite piety among the Mennonites of South-eastern Pennsylvania: 1870-1943."

Upon graduation from Hartford Seminary in 1939 Shelly had received a prestigious fellowship which fully funded two years of additional graduate study at the university of his choice, and during the summer of 1939 he enrolled in Edinburgh University and purchased tickets to travel to Great Britain. In mid-September, a few weeks before leaving, Shelly was forced to change his plans when World War II intervened and he learned he could not travel to Scotland. It was too late to gain admission to an American graduate school or seminary. So Shelly became interim pastor of the First Congregational Church in Aberdeen, Washington, where he served three years. In the fall of 1942 he began his doctoral studies at Columbia. During the summer of 1943 Shelly pastored the Fairfield Mennonite Church. Upon completing his course work at Columbia, Shelly accepted a teaching position at Bluffton College, where he taught Bible and Christian Education from 1944-1970.

While teaching, Shelly continued his preaching ministry at congregations in the Bluffton area, and he preached and spoke at numerous youth retreats, conferences, and congregations on the role of Christian education. He was especially involved in summer camps. In addition to his teaching, speaking, and preaching, Shelly served the General Conference Mennonite Church as a long-time member of the Board of Education and Publication. He was especially active as a member of the Editorial Committee, and he worked on several Christian education curriculum projects.

Paul Shelly died of cancer; in early 1970 his right arm was amputated. He died several days after teaching his last course on Christian faith. He will be remembered as a leader in Christian education for the General Conference Mennonite Church in the mid-20th century.