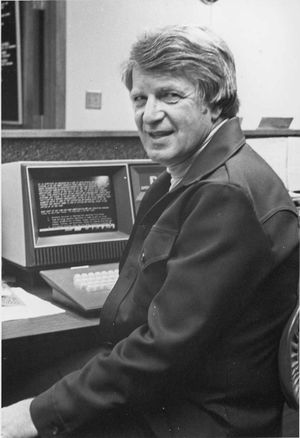 Maynard was baptized in the West Swamp Mennonite Church when he was 15 years old. After graduating from high school, he earned a BA from Bluffton College in 1945. He graduated from Mennonite Biblical Seminary with a BD degree in 1949 and with a MDiv in 1983. He served as pastor at Boynton Mennonite Church in Hopedale, Illinois from 1946 to 1949 and First Mennonite Church in Allentown, Pennsylvania from 1949 to 1955.

By addressing the controversies of that turbulent era, Shelly changed the way church members perceived the publication, said Robert Regier of North Newton, Kansas who did layout and artwork for The Mennonite from 1959 to 1963. "Maynard was very interested in social issues and worked very hard at trying to fuse faith and action," said Regier, a longtime art professor at Bethel College. "He saw this as a very important dimension of his understanding of the Anabaptist faith." The Mennonite's content had been more devotional for a readership with a broad range of theological perspectives. Maynard moved it a little bit more into a prophetic role," Regier said. "His editorials became more of a commentary on social-political types of issues, rather than a more personal piety."

After leaving The Mennonite in 1971, Maynard and Griselda served with Mennonite Central Committee in Bangladesh. Staying until 1974, they worked on a development program with refugees affected by a 1970 cyclone and war between East and West Pakistan.

After that, Maynard Shelly wrote scripts for MCC films, Sunday school curricula and numerous freelance magazine articles. He authored New Call to Peacemaking in 1979 and a four-volume Bible survey course called Discovery in 1984. He also became general editor for the General Conference Commission on Education, working on projects such as book publication through Faith and Life Press, the church bulletin service and the Foundation Series for youth. He also researched and began writing a history of the West Swamp Mennonite Church.

Two key issues for Shelly while he was editor were the Vietnam War and racial injustice. Vern Preheim, later General Secretary of the General Conference Mennonite Church, said of Maynard Shelly, ""He was very courageous and followed his convictions."