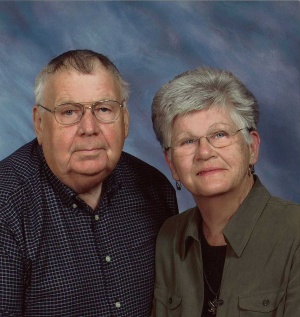 Raised on a farm near New Hamburg, Ontario, Milo was baptized as a teenager at the Biehn (now Nith Valley) Mennonite Church. His formal education in a one-room school ended with grade eight. Milo disliked school. He recalled his delight in spreading pungent manure in a field surrounding the school the day after he left. He never attended university or wrote a book but was awarded an honorary doctorate by Wilfrid Laurier University (1993), served on the boards of Conrad Grebel College (1980–1986), Associated Mennonite Biblical Seminaries (1989-1995) and St. Mary's General Hospital (1987-1993). He designed improved operational structures and led a fund-raising campaign to retire debt for the Mennonite Conference of Ontario and Rockway Mennonite School in the early 1970s.

Marcus Shantz said Milo "was a serial entrepreneur, a scattergun of business ideas." Many ideas were unsuccessful but the good ones, "he hit out of the park." At age 13, Milo began buying and selling hogs. At 21 he and a partner bought 500 turkeys and within five years he headed a family poultry business which in 1970 became Hybrid Turkeys, one of the top three turkey-breeding companies in the world. Hybrid Turkeys was sold in 1981.

Milo was the acknowledged visionary behind the development of the town of St. Jacobs as a tourist destination. He and Laura began by opening the Stone Crock Restaurant (1975) to feed bus loads of tourists visiting local Old Order Mennonites. The Shantzes aimed to use hospitality as a way to promote greater understanding and respect for Old Order Mennonite culture. The Stone Crock, owned by the Shantzes and their five children, was expanded to include a meat and cheese shop, a bakery, three restaurants and in 2011 employed more than 230 people. Restaurant guests' questions about Mennonite life led the Shantzes to establish The Meeting Place in 1979. This interpretive center, later called The Mennonite Story (1525 to the 21st century), has attracted tens of thousands of visitors from more than 150 countries worldwide annually.

In St. Jacobs, Mercedes acquired several historic buildings which in 2011 housed small businesses, artists and artisans. His vision for these small independent businesses grew in part from his exposure to international development projects through Mennonite Economic Development Associates (MEDA). Visits to distant MEDA projects inspired Milo to ask, "Why can't similar micro-enterprises work at home?" One colleague commented:  "He proved they can. He saw opportunities others didn’t."

MEDA was loosely structured in the 1960s when Milo joined the board. During the ten years (1974-1984) that he chaired the board, he moved the organization from for-profit to non-profit status. MEDA is now a leader in micro-enterprise development worldwide. A memorial plaque at MEDA's head office called Milo "a giant with a gentle stride."

Milo poured energy and money into a range of church-related, local and global organizations such as Habitat for Humanity Canada, Mennonite World Conference, and St. Mary’s Hospital. He created Mersynergy Charitable Foundation (1983) through which the Shantz family continued to distribute multiple charitable gifts.

Among numerous prestigious awards he received were the Confederation Medal (1992), the Queen's Golden Jubilee Medal (2002) and he was inducted into the Waterloo Region Museum Hall of Fame (2002).

Milo's funeral was held at Waterloo North Mennonite Church where he was a founding member. Milo and Laura Shantz donated the land on which the church building was constructed. Milo developed Hybrid Turkeys and founded Mercedes Corporation, but he wanted to be remembered as a churchman who "thought church should be a network of people called to do good things in the world," said son Marcus.

When Milo lost some sight in one eye near age 70, a businessman quipped, "He may be short on sight, but he has never lacked vision."

Kroeker, Wally. "Milo's mission: Personal observations on the making of a minister of commerce." The Marketplace 38, no. 5 (September-October 2008): 14-17. Web. 6 July 2011. http://www.meda.org/current-issue-of-marketplace/marketplace-magazine-past-issues/171-the-marketplace-2008-september-october