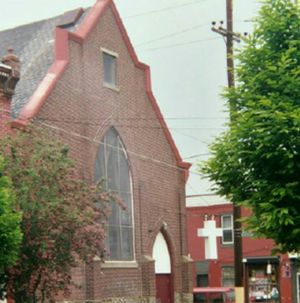 In 1971, in response to the changing neighborhood of Fairhill, the congregation hired its first African American pastor, Carlton Minnis (17 November 1929-26 September 2001), a former Baptist pastor. He was ordained as a Mennonite minister in the Eastern District Conference on 23 April 1972, and served the congregation until 1995. The pastor in 2017 was Darryl Wallace.