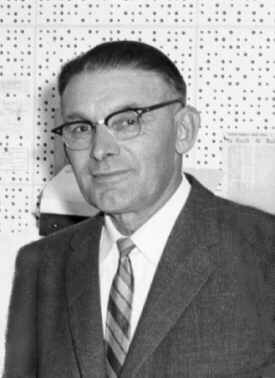 As a child, David attended school in Schoenthal and then went on to attend the Mennonite Collegiate Institute in Gretna for two years. In 1916 Schulz developed a blood clot in one leg and while recovering from this illness he experienced a conversion. He was baptized the following year on 28 May 1917 by Elder Jacob Hoeppner and joined the Bergthal Mennonite Church of Manitoba.  He began his public life as a teacher in Mennonite private schools and in the emerging public schools, and also became a farmer. His theological direction was influenced by time spent at a Mennonite Brethren school in Winkler, MB.

As a young teacher Schulz began to preach with much success and was soon called to the ministry in 1920. He was ordained in 1921 by Elder Michael Klaassen. Elder Hoeppner's health began to fail in 1926 and he chose Schulz to succeed him.  The church affirmed both Schulz and Hoeppner by choosing Schulz to be the elder and leader of this multi-congregation church. For over 40 years Schulz served a growing, multi-congregational church that often placed great demands on him and his family. He served faithfully and well until illness forced him to retire. Schulz worked in the tradition of the Mennonite elder as it had developed through several centuries. He was rather authoritarian. He was well liked by young and old. Bridal couples sought him for their weddings and bereaved families wanted him for the burial of their loved ones. Over the years he officiated at between 700 and 800 weddings and funerals.  He preached consistently good sermons with an emphasis on family living and discipleship. He was a consistent supporter of evangelistic efforts.

Schulz was largely responsible for the founding of Elim Bible Institute (1929, 1936). He regretted that the Winkler Bible School had become a Mennonite Brethren denominational school. He was also active in helping to establish the Altona hospital, the Ebenezer Home for the Aged, the Eden Mental Health Center in Winkler, and the CFAM radio station in Altona.  Schulz was an active supporter of the Conference of Mennonites in Manitoba and the Conference of Mennonites in Canada and served on many committees. Negative experiences with the General Conference Mennonite Church during the earlier history of the Bergthal Mennonites made him suspicious and he did not favor joining that conference.

Schulz was solidly rooted in the Anabaptist tradition of nonresistance. Consequently, when World War II came, he was a strong advocate for an active peace position. He, together with the other elders of the churches of the 1870s migration (Kanadier), worked for a meaningful alternative to military service.