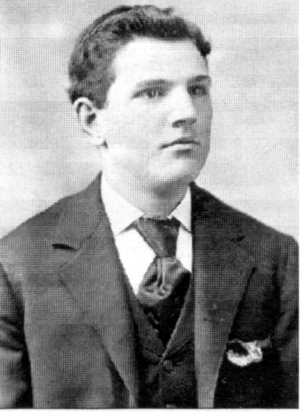 Moses Schmitt grew up, joined and participated in the Mennonite churches in the Berlin (Kitchener) area of Ontario. He first came west in 1900 to look for a homestead and moved the following year. In 1901 he became a founding members of the West Zion Mennonite Church near Carstairs, and was in the lot but not chosen as the congregation's first deacon. He was chosen and ordained as a deacon in 1909, serving in that capacity until 1915 when he was chosen and ordained as a minister.

The Lehman's returned to Mayton in 1917. Conference leaders then asked Moses Schmitt to move to Reist/Youngstown, Alberta, to assist the struggling Clearwater congregation there. In 1919 Schmitt answered a call to serve the Sharon Mennonite Church near Guernsey, after Abram Reist agreed and was ordained as the minister of the Clearwater congregation.

Moses Schmitt served the Sharon congregation near Guernsey as minister from 1919 until his retirement and move back to Ontario in 1940. He was ordained as a bishop on 12 August 1929 to serve both the local congregation and the conference. He was, according to a published obituary, "Loved in the home circle, respected by the community, appreciated in church circles for his humility, loyalty, and sacrificial service."