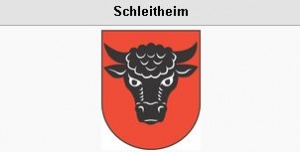 Schleitheim (coordinates: 47° 45′ N, 8° 27′ E), also called Schlatten in the local dialect, not to be confused with Schlatten am Randen, a vicarage with about 1700 inhabitants in 2003, is located in the Swiss canton of Schaffhausen. Schleitheim was one of the first communities entered by the Anabaptist movement. In 1522 Sebastian Hofmeister preached the Reformation in Schaffhausen, and from here it spread to the neighboring Schleitheim, proclaimed by the chaplain Nikolaus Spöhrlin. Spöhrlin's personal life was, however, not favorable to the promotion of the new teaching. This may be the reason why Anabaptism found such early entry into the town. The source of the first appearance of the movement is no longer altogether clear. Thomas Müntzer, who was preaching in the village of Griessen in the fall of 1524, was reported by Brenz to have also visited Schleitheim. At about the same time (September to October 1524) Balthasar Hubmaier was staying in Schaffhausen; but neither of these had anything to do with Anabaptism in 1524. Conrad Grebel was engaged in a debate with Hofmeister in Schaffhausen early in 1525 and led members of the most prominent families into the Anabaptist movement. The entry of the movement into Schleitheim probably came from Schaffhausen. On 24 February 1527, the first Anabaptist synod was held here, led by Michael Sattler, which drew up the principles of the Swiss Brethren in seven articles known as the Brüderlich Vereinigung (Schleitheim Confession), which became a widely accepted confession of faith of the Swiss and South German Anabaptists.

On 18 September 1527, the first known member of the Swiss Brethren at this place was cast into the prison of Schaffhausen, but was later released upon payment of a fine and expulsion from the town, and a confession that he had erred on the question of baptism. In 1535 Martin Lincki of Thengen was compelled to recant in Schleitheim. At first the authorities hoped to be able to convert the Anabaptists back to the Reformed Church, and had the pastor conduct a number of debates with "obstinate Anabaptists." When these proved futile, severer measures were adopted. "Wetzelmayer's daughter" was threatened with drowning. Meetings in private homes were prohibited. In 1544 Heinrich Wininger was fined for lodging Anabaptists. The Anabaptists now met in the woods, in the "Kehle am Randen," by the "Täuferwegli" (Anabaptist path, a footpath still in existence by that name between Schleitheim and Merishausen). In 1560 this place was discovered and the cabin razed. But the congregation still persisted. In 1577 another disputation was arranged, which was also fruitless. It was followed by further repressive measures, such as prohibition of the use of communal property in 1580. Under this pressure several Anabaptists migrated to Moravia, and lost their citizenship. The following names are given: "Hans Bley called Rouchly with his wife and children. Zentz the son of the Stammwirt with his wife and children. Marx Wäber called Gebhart with his youngest son. Bucheler's son with his children. Michael Thigen's boy. The hatter with his wife and children. Jacob Bletscher the servant with his wife and children." Orders were issued that the Swiss Brethren remaining should be reported; this was, however, not done, for the citizenry sympathized with the Swiss Brethren and honored the refugees as martyrs. Even the officials sometimes failed to obey the government orders, and several were punished; the sheriff was imprisoned in the tower.

In 1594 J. J. Rüger, the Schaffhausen clergyman and chronicler, with two councillors, betook himself to Schleitheim once more, "to remind each Anabaptist kindly of his error." Concerning this visit he writes:

At the time of the Reformation or change in religion the enemy did not neglect to build chapels beside the Christian churches, with the tares of the seditious, obstinate, and constant Anabaptists, who have increased since the Reformation to such an extent that the honorable Christian government has not been able to get rid of it, much less to uproot it. These intractable Anabaptists have had their confession of faith publicly printed. . . . Indeed, they are fine "children of God," while they are more infamously and obstinately rejecting their God's ordinances and are disobedient to his commands! And because they may not hold their meetings in the village they have used wildernesses and solitary places (chiefly the Küetal) in their neighborhood, but these have been shut off and forbidden by the honorable government.

The outcome was the military occupation of the village in 1595, to compel the Swiss Brethren to attend church and to baptize their children by force. In spite of all this, a marked increase of the movement was noted. A new warning was issued, threatening dire punishment. The Anabaptists were forbidden to pasture their cattle with the common herds. Hans Russenberger, who had led others to Anabaptism, was ordered to leave the village within a week. Josef Rössler and his wife had refused to be married in the church (both of them "stiff-necked Anabaptists"); the man was expelled. In 1612 all the Anabaptists but five old men (Christian, Georg and Vinzenz Russenberger, Hans and Melchior Meyer) were expelled. Christian Russenberger was soon after put into prison, since he had baptized Baschian Müller of Löhningen, the husband of Anna Wanner of Schleitheim. Two women who refused to leave the village were punished by the removal of all their furniture and the doors and windows. In 1620 twenty more had to leave. They fled into the neighboring communities, but were returned, lest they find shelter with relatives. Similar treatment was given Georg Gering, Bürckly Wanner, Thomas Pletscher, and others, who were extradited by Maximilian von Pappenheim in 1617, when they had fled to Stühlingen. Nevertheless the congregation blossomed. When Hans Meyer, a weaver, was unable to pay a fine, 65 sheaves of rye and 34 of oats were taken from his barn. Melchior Meyer and his two sons were put in prison, but escaped. When they were caught, each had to pay a fine of 100 florins. A man whose wife was an Anabaptist was ordered to leave by morning. Wanner, apparently the leader of the congregation, was put into the "Anabaptist prison." By day he had to thresh, and by night he was in ankle chains. The same lot befell the "stubborn" Georg Pletscher. Finally all the cattle were taken from the Anabaptists. The response was eight additions to the Swiss Brethren. The government again answered with imprisonment and compulsory labor. In the second half of the Thirty Years' War the Mennonites had to pay for a substitute in the protection of the national boundaries, and later they had to board and lodge him.

In spite of all these oppressions the congregation by no means declined. In 1640 an ultimatum was issued for their conversion. It was fruitless. In 1641 the village was again occupied by the military. All the men who were Mennonites were taken to Schaffhausen and placed in irons. Five of them broke out, but were caught and put into a chain gang, the chains being provided with bells. Christian Bächtold was whipped with the lash. Meanwhile the wives and children of these men were suffering the direst want. The children were reared Reformed. After some time the men were released from their chains, and it seemed that quiet had descended upon the village. But the movement was not yet quite extinct. In 1642 an order was issued imposing a fine of 100 florins on anyone who kept an Anabaptist overnight, and twenty for talking to one.

In 1648 the council of Schaffhausen learned that the Anabaptists were again refusing to send their children to school and to church. They were thereupon ordered to sell their goods and move out. When they refused, the magistrate was ordered to sell their property. But no buyers could be found, and so the government assumed the farming. Now many Mennonites were compelled to immigrate to the Palatinate. Others at least wanted to send their children there, so that they could be raised as Mennonites. These children the council threatened with loss of citizenship and banishment. Unfortunately no record of this emigration has been preserved. The congregation was now small, and still persecuted with the same severity. On 8 February 1661, Nikolaus Hess was ordered to leave the town with his wife and parents-in-law; but the order was rescinded when he returned to the church. Upon his death in 1680 his widow, Margaretha Bächtold, with two children immigrated to the Palatinate, where her seven children were living, leaving one son in Schleitheim. She was probably the last Mennonite of Schleitheim. The struggles of the congregation had lasted 150 years. The Mennonite Pletscher and Bechtel families (Palatinate and later North America) almost certainly come from Schleitheim.