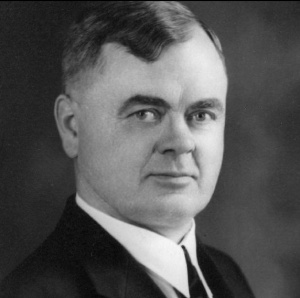 John chose teaching as his profession and taught school until the outbreak of World War I in 1914. During the war his first alternative service assignment was as a nurse’s aide on a hospital train. After the war he resumed teaching, and in June 1920 he was also elected as a minister in the Mennonite congregation in Nieder-Chortitza.

In 1923 John, Susanna and two young sons joined the first group of immigrants to Canada, arriving in Saskatchewan. In Saskatchewan John served first as a minister in Langham and then as a Bible School principal and teacher Rosthern Bible School. In addition he served as Secretary-Treasurer of the Conference of Mennonites in Canada for 19 years, and wrote Children’s Bible stories for Der Bote. In 1946 he was elected elder of the Rosenort group of churches in Rosthern and area, replacing David Toews.

In 1952, while attending the Mennonite World Conference in Basel, Switzerland, Rempel suffered a stroke, and as a result had to give up many of the duties he had been performing. However, during the next six years or so, he was still able to devote a lot of his time to writing, mainly on the subject of Mennonite history.