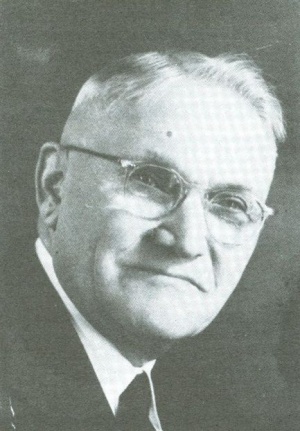 Henry S. Rempel: teacher and minister; born 27 November 1882 to Heinrich and Margarete (Schlabach) Rempel in Waldheim, South Russia. He was the fourth of nine children in the family. On 9 April 1903, Henry married Maria F. Hiebert, daughter of David and Margaretha (Friesen) Hiebert in Morris, Manitoba. The couple had two daughters and four sons, one of whom died in infancy and another of whom was killed in an accident at the age of fourteen. Maria died on 8 April 1930, and in 1932 Henry married Anna Neufeld, daughter of Isaak and Anna (Koehn) Neufeld in Winnipeg, Manitoba (see additional information regarding Henry's family). Henry suffered a stroke from which he partially recovered, but he died on 6 July 1979 in Winnipeg. The funeral took place on 10 July at the North Kildonan Mennonite Brethren Church.