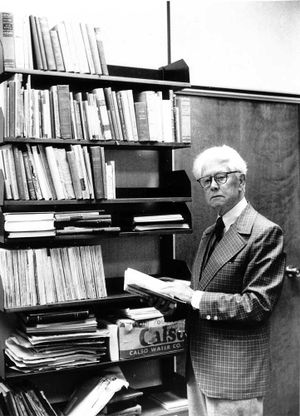 David Gerhard Rempel: early historian of the Mennonite experience in the Russian empire, was born in Nieder-Chortitza, Chortitza, South Russia, on 17 November 1899 to Gerhard G. Rempel (2 August 1860-23 December 1919), a merchant, and Maria Pauls Rempel (28 June 1867-8 January 1920); David was the second youngest of eight children. David attended the village school and Chortitza high school. After high school he taught elementary school until 1922 when officials removed him from this position. In 1923 he immigrated to Canada with his brothers, John G. Rempel and Jacob G. Rempel.

Rempel attended Bluffton College in Ohio, and then earned a MA in Political Science at the University of Wisconsin. In 1933 he graduated with a PhD in history from Stanford University. His thesis was “The Mennonite Colonies in New Russia: A Study of their Settlement and Economic Development from 1789 to 1914.” It continued to be a significant resource into the 21st century. David Rempel taught at San Mateo Junior College (later the College of San Mateo) from 1934 until his retirement in 1964, although for a period during and after World War II he served as a historian with the U. S. Air Force.

David Rempel devoted most of his life to the study of so-called "Russian" Mennonite history. During the 1960s he gained access to Soviet archival collections in Leningrad and Moscow dealing with Mennonite-government relations from the early immigration period through the 19th century. Some of this material he incorporated into articles, including an extensive account of the Russian Mennonite commonwealth published in 1973-74 in the Mennonite Quarterly Review.

He donated his extensive collection of microfilms from the Soviet archives, manuscripts, and books to Conrad Grebel College, Waterloo, Ontario; and in 1983 the University of Waterloo awarded him an honorary doctorate for his contributions to Mennonite studies. The manuscript collection was transferred in the mid-1990s, at the request of the family, to the Thomas Fisher Rare Book Library at the University of Toronto.

David G. Rempel was the outstanding historian of the Russian Mennonite past of his era. He combined an incisive mind and a phenomenal memory with a broad understanding of the historical and cultural context of Mennonite life in the Russian empire. Without fear or prejudice he laid the foundations for a modern, critical investigation of Russian Mennonite history. He was particularly helpful to younger scholars and contributed generously to furthering Russian Mennonite studies. His writing and his collection of material were important legacies to a life devoted to scholarship and learning.

Book by and about David G. Rempel

Schroeder, Gerhard P. Miracles of grace and judgment : a brief account of the personal contacts and experiences with some of the leaders and followers of the notorious Makhnovshchina during the civil war in the Ukraine, 1914-1923, edited by David G. Rempel, et al. Lodi, Calif. : G.P. Schroeder, 1974.