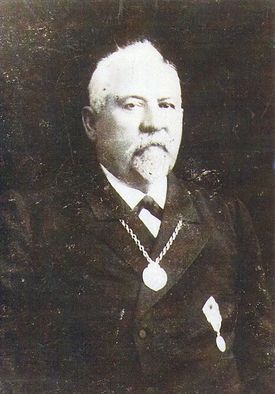 In 1854 Jakob's family moved to Petershagen, Molotschna, and in 1863 to Alexanderkrone, Molotschna. Jakob and his four brothers took part in the establishment of the Zagradovka Mennonite Settlement in 1872, with Jakob settling in Neu-Schönsee. He served as Oberschulze of the settlement 1878 to 1896. Energetic and progressive, a man of vision, with a special gift for dealing with superior government officials. Although he had the confidence of the people at times, he was somewhat harsh in his methods of promoting the cause of the settlement and in 1896 resigned from his office.

In 1908, when the Slavgorod Mennonite settlement in Siberia was established, Reimer immediately became the leader of this movement and the Oberschulze of the settlement from 1910 until 1914. In fact, the establishment of the settlement is very closely connected with the person of Reimer. On one occasion when important visitors from St. Petersburg visited Slavgorod and all the officials of the surrounding community were gathered there for the event, Reimer was singled out by the St. Petersburg representative with the words, "You are no stranger in St. Petersburg because we have heard much about you and your settlement in the Kulundian Steppes," before the officials were greeted. On 10 September 1910, Reimer was given the highest honor of a medallion, presented to him by Pyotr Stolypin, Prime Minister of Russia, who first called him the "Mennonite Moses."  It was as a result of their friendship and mutual respect that the settlement was able to erect a post office and hospital in Orloff, and a branch line of the Trans-Siberian Railroad from Tatarskaye to Slavgorod was built.

Reimer had not only friends (one of his particular friends was Cornelius D. Harder, the elder of the Orloff Mennonite Church in the Slavgorod settlement) and followers, but also opponents. In 1914 he accompanied 200 young military draftees to the city of Tomsk, and there convinced the government of their status as conscientious objectors. Meanwhile some of his opponents had denounced him at the government office in Slavgorod and when he returned he was deprived of his office of Oberschulze. He retired to the home of his son Abraham in Schönsee, where he died of cancer in the late summer of 1917.