From GAMEO
Revision as of 15:49, 24 April 2019 by AlfRedekopp (talk | contribs)
(diff) ← Older revision | Latest revision (diff) | Newer revision → (diff)
Jump to navigation Jump to search
A checked version of this page, approved on 24 April 2019, was based on this revision. 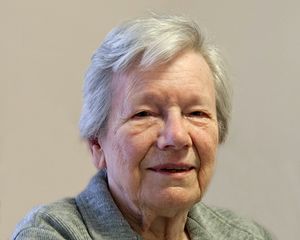 Following their graduation, Peggy Unruh and her sister attended Tabor College in Hillsboro, Kansas, United States. There she saw women in leadership, something that profoundly influenced her in later life. Following her graduation three years later, she obtained work as a high school teacher in Winkler. She met Walter Regehr during her visits to relatives in Winnipeg, and the two were married on 18 August 1951. Their daughter was born in 1952, followed by two sons.