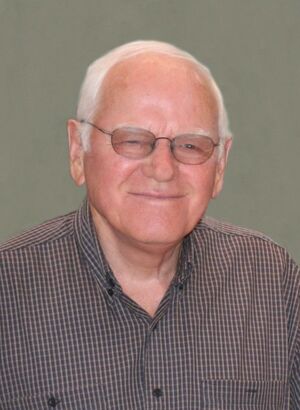 Dave grew up in Greendale, where he began his career in the horticulture industry in 1944, working for Henry Eddi, a pioneer in the BC nursery industry. The Redekop family moved to Aldergrove when he was seventeen. Following marriage, Dave and Lenora purchased five acres and started what was to become Aldergrove Nursery. Initially, David sold fruit trees door-to-door, supplementing family income with seasonal construction work.

Dave was generous with his time and expertise, openly sharing his knowledge and skills with others in the industry. Many learned the skills they needed to know from Dave Redekop, and on that basis started their own business.

In the course of his work, David had the opportunity to connect with Yuri, a professional horticulturist for the city of St. Petersburg, who was without employment when the Soviet government collapsed. David helped Yuri build a nursery business from nothing, advising him on plants that would tolerate the climate and how to propagate them, how to build a misting system to keep them moist while they rooted, what potting material to use, and the stages of growing. Yuri credits David for the beautiful plants in St. Petersburg that have helped bring joy to Russian citizens during the post-Soviet years.

This willingness to help others exemplified him as a truly outstanding BC Landscape and Nursery Association member. In 2017, he was recognized for his contribution posthumously by the horticulture industry at the BC Landscape and Nursery Association’s 2017 Awards with the Outstanding Lifetime Achievement Award, BCLNA’s highest honor. Unfortunately, Dave had died just two weeks before the awards ceremony.

In his early fifties, Dave was able to ease off the primary responsibility for the nursery, as son Lorne and his wife, Shirley, assumed more of the responsibilities. Dave, however, remained active in the nursery’s daily operations. Through Dave’s mentorship, the business focused on products for the local garden center market. As a result, the business flourished, growing to seventy-five acres, with twenty-four employees and annual sales of over $2 million. The reduction in time spent at the nursery meant he was able to devote more time to his church and his well-loved Christian ministries and organizations. Dave and Lenora were active members of the Ross Road Mennonite Brethren Church. David served on several boards, including Mennonite Educational Institute in Abbotsford, and Logos Global Missions. It is said that when he filled secretary roles on boards, he labored for hours over the minutes so they would not only be accurate but would provide the exact tone and detail of the discussions.

David enjoyed being with his family. He loved spending time with his grandchildren. They accompanied him on deliveries, and each took a personal trip with him at about age twelve. He took an interest in each one’s personality, encouraged them, and prayed for each daily.

David always made conscious decisions not to focus on the negative, but to dwell on the positive, and on what could be the best possible outcome under the circumstances. He was a man of faith who took time to talk to and encourage people wherever he went. He lived as Jesus taught, touching many lives on a global scale. David’s signature verse was Philippians 4:8: "My brothers, whatever is true, whatever is noble, whatever is right, whatever is pure, whatever is lovely, whatever is admirable—if anything is praiseworthy—think about such things." David lived it every day of his life, even to his last day.