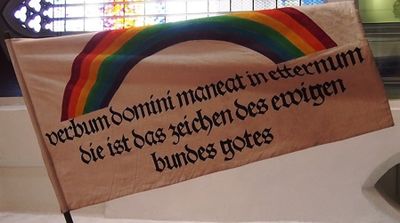 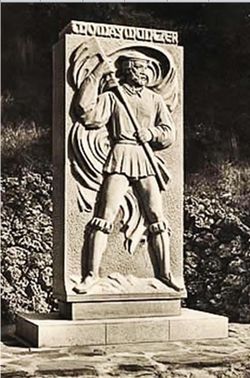 Thomas Müntzer is often portrayed with a rainbow flag in his hand as seen in this statue of him in his home town of Stolberg (Harz), Germany.
Source: [https://goo.gl/images/QzysPR Wiedling, Stolberg (Harz), postcard photo