A survey of Mennonite poetry should begin with a reference to articles on hymnology in the <em>Mennonite Encyclopedia</em> that trace the history of Anabaptist hymn-writing from its beginnings in the 16th century. Even though the early hymns of the Anabaptists were, as H. S. Bender observes, not primarily "literary vehicles," many of the early hymnaries were explicitly intended to be read for the "edification of souls," and so can legitimately be regarded as the forerunners of the religious verse that dominated the earliest manifestations of modern Mennonite poetic expression. 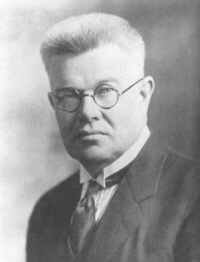 The transition from German to English Mennonite poetry in North America stretches over several decades. It is readily discernible in the various Mennonite newspapers and magazines that publish verse. Among those that publish, or have published, English poetry with some regularity are The Mennonite Mirror, The Christian Leader, Christian Living, <em>The Gospel Herald</em>, <em>The Mennonite</em>, and <em>Mennonite Life</em>. Poets whose work appears in the English serials include, most often, Jean Janzen, Elmer Suderman, Wilfred Martens, Tim Wiebe, Sarah Klassen, Clint Toews, Elaine Sommers Rich, and Menno Wiebe -- only a few of whom have published collections of their work. There is no want of poetry in the Mennonite periodicals of North America; much of it falls into the categories of inspirational or occasional verse, its publication usually (apparently) based on extra-literary considerations.