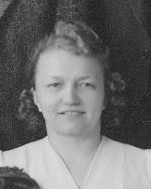 Shortly after her birth, Susan's parents moved to the Twin Creek area, where she spent her childhood and where she attended elementary school in Blumenort. In 1926 her family moved to Prairie Rose. Here she was baptized at age 18 and became a part of the Kleine Gemeinde (KG) congregation at Prairie Rose (later called the  Prairie Rose Evangelical Mennonite Church. Susan Plett was the first member of the KG and the Evangelical Mennonite Conference (EMC) to serve as a foreign missionary. Susanne was also perhaps the first KG women to attend a non-Mennonite Bible institute.

Susan studied at Winnipeg Bible Institute from 1940-1943 and graduated with a diploma. She first started a Sunday School in the Landmark, Manitoba area and taught Daily Vacation Bible School in various parts of the province during this time. On 1 February 1944, she entered training in Chicago, Illinois with New Tribes Mission (NTM). From 1 May 1945 to 31 December 1949, she served with NTM in Bolivia. Susanne then served in western Brazil, ministering to a tribe along the Amazon River, from 1 December 1950 until her death on 15 May 1956. Her involvement in foreign missions occurred almost a full decade prior to the formation of the Board of Missions of the  Evangelical Mennonite Conference in 1953.

Plett had to stand firm against the barrage of criticism and head-shaking when she first started. It was not always seen as appropriate for a woman, especially a young one, to be out preaching, as opposed to staying at home. Her support came from individuals, and there was no support from the community as a whole when she left for the mission field.  About her work with indigenous people, she wrote in July 1946: "We try, as much as possible, to form them into independent, self-supporting, self-propagating, indigenous churches, according to the method Paul used in his time."

A letter by Susan, written in German, was published 1 September 1946 in the Christlicher Familienfreund, the KG/EMC’s German language newspaper, with the following positive note from the editor: "We wish you much faith, courage, and wisdom, sister, and pray for you. We are glad that you wrote and ask you to write again." Susan's letters, and reports while on furlough encouraged others to consider service in foreign missions.

Instead of returning home to Manitoba on furlough in 1956, she chose to spend some time with Henry and Edna Loewen, missionaries who worked along the Isana River, in northwestern Brazil; there she became quite ill and died rather unexpectedly. She was buried close to where the Loewens worked. A memorial service was held at Prairie Rose EMC on 10 June 1956.