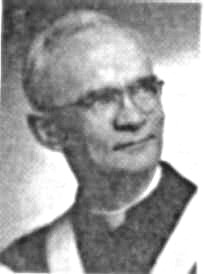 Herman H. Neufeld: editor and minister; born in September 1890 in Sergeyevka, Ukraine, Fürstenland colony, to Elder Hermannand Katherina Neufeld. The family then moved to Nikolaievka, where Neufeld spent his youth. Later he attended the Halbstadt School of Commerce and the University of St. Petersburg. He was baptized and became a member of the Mennonite Brethren Church. In 1913 he was married to Anna Neufeld (a cousin). Five children were born to them, one of whom died in infancy.