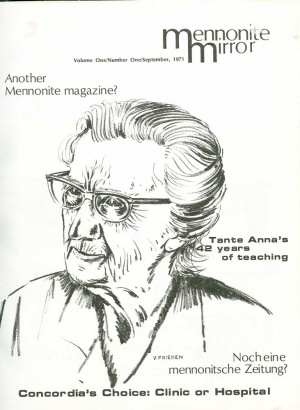 The Mennonite Mirror is available in full-text on the Centre for Mennonite Brethren Studies website at http://www.mbconf.ca/home/products_and_services/resources/published_genealogies/mennonite_mirror/.