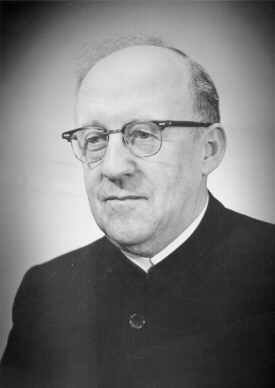 Jesse "J. B." Martin (1897-1974) was the son of Daniel E. and Blandina (Bauman) Martin, members of the Martin Old Order Mennonite congregation, north of Waterloo, Ontario. With the permission of his parents, Jesse joined the St. Jacobs Mennonite congregation of the Mennonite Conference of Ontario in his late teens. His attendance at Hesston College and Bible School, 1919-23, and a short term at Goshen College in 1924, prepared Jesse for a life of service to the Mennonite Church (MC). He married Naomi Collier in 1926.