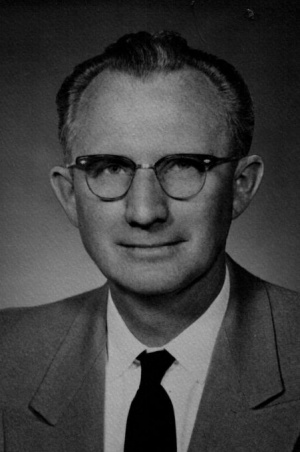 Herb's early education in Russia was provided by his parents and grandfather Jakob Martens at the Armenschule (school for impoverished children). This early training was cut short by the Russian Revolution, thereby ending his dream to become a medical doctor.

In 1926 the Martens family emigrated from the Soviet Union to Canada, settling in Grunthal, Manitoba. Here Herb was baptized in the local Mennonite Brethren church. In 1930 the family moved to Yarrow, British Columbia.

Upon arriving in Yarrow he received some English teaching and later was self-taught as he built his business together with David Martens. The garage, Martens' Motors, grew to become a General Motors dealership and a bulk oil distributor. As a result of Herb's honesty, friendly demeanor and respect for those who had incurred debts in his company, he was held in high regard in the community and area. Children of customers rarely left the garage without benefit of a treat from his cache of candies.

During a revival in 1955, in Yarrow, Herb repented and abruptly broke his dependence on alcohol, resulting in a profound peace within. With a restoration of faith came a passion to share this new found freedom and joy with everyone he met. Together with a friend, Peter Nightingale, they began the Inland Tract Mission, mailing tracts to people in small British Columbia interior towns. He loved traveling to these villages and making personal contacts, especially with people who had written to him.

As someone ahead of his time, Herb insisted on teaching his wife to drive. She became the first Mennonite woman in Yarrow to have a driver's license. Relaxation for Herb meant a camping trip with his family to Penticton, British Columbia in the summer, a visit to relatives in Seattle, Washington, or San Francisco, California or impromptu outings to nearby Harrison Hot Springs with his son and friends. Always, Herb's choices put relationship ahead of monetary gain.

In the Yarrow Mennonite Brethren Church, Herb was appreciated as head usher. Here he had a special friendship with handicapped people who found their way to his aisle for a hug or a handshake. He also served as a board member of Sharon Mennonite Collegiate. Given Herb’s concern for evangelism, he generously contributed towards the promotion and support of the West Coast Children's Mission, and for a time, served on the board of this organization.

The life of an affectionate, loving husband and father, a sensitive friend and a successful businessman all came to an abrupt end when Herb was killed on 29 June 1961 in an automobile accident while traveling to the annual Mennonite Brethren conference in Coaldale, Alberta with his pastor and mentor Peter Neufeldt, and Peter's son-in-law, Walter Sawatsky. He had invited numerous others to join them, enthusiastically anticipating participation in the conference.

The stories told by countless others to his wife and children since his death, distinguish Herb Martens as one defined by who he was, how he valued others and lived his life, not by what he achieved by societal standards.