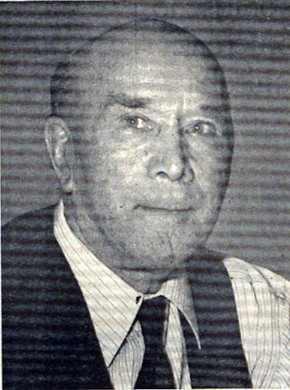 Cornelius Toews “C. T.” Loewen: lumberman; born 5 April 1883 in Steinbach, Manitoba to Cornelius B. and Anna (Toews) Loewen. He was the first child in a family of five sons and three daughters. In 1914 he married Helena Friesen. They had thirteen children of whom seven (four daughters and three sons) survived to adulthood. C. T. Loewen died 26 October 1960 at St. Boniface Hospital in Winnipeg, Manitoba.

Loewen was baptized into the Steinbach Kleine Gemeinde Church at age 22. Many of Steinbach’s business families left the conservative Kleine Gemeinde during the early part of the twentieth century, but Loewen remained a member of the church throughout his life. He was the first president of the Rest Haven Invalid Home, a Kleine Gemeinde initiative. However, much of his community involvement was outside the church. He was involved with two evangelical interdenominational projects: the Red Rock Lake Bible Camp and the Steinbach Tabernacle. He was also very active in the town of Steinbach. He was a member of the village committee, president of the first telephone system, fire chief and was considered “personally responsible” for Steinbach’s first board sidewalk.

Loewen was very active in his community, but he was most passionate about his work. In 1904 or 1905, Loewen left the family farm with his father’s sawmill and went to the forests east of Steinbach for the winter season. He had several early work partnerships which helped his growing business. His 1910 to 1917 partnership with John R. Toews provided Loewen with a storefront on Steinbach’s Main Street, and a short working relationship in 1912 with Roger Boely, a Franco-Manitoban from La Broquerie, increased his customer base. As well, Loewen went into business with his younger brothers, helping Peter establish the Chevrolet garage in 1924 and working with Jacob in his moving and threshing business. Lumber remained his first love, however, and with Loewen’s combination of hard work and a willingness to try anything once, the sawmill business grew throughout the first half of the twentieth century, even during the Depression, to become a hardware store and a large factory which specialized in sashes and doors but also built church pews, beekeeping equipment, and hydro power poles during slower periods.

Loewen had heart problems in the late 1940s which prompted him to pass the growing business on to his sons. In 1951 Loewen suffered a severe stroke which put an end to his active life, leaving him paralyzed for the remaining nine years of his life. This was extremely hard for a man who had valued work so highly and been so active throughout his life – in the church, in the town and with his business. C. T. Loewen is remembered for this community involvement, and for his generosity. He gave employees second chances, gave jobs to those who needed them and took sacks of flour with him when he went collecting unpaid bills, in case customers were not only unable to pay, but also unable to feed their families. Most of all, however, he is remembered for his “irrepressible drive,” his hard work, his determination to try and to succeed at everything, and the very successful business that he left behind.

Mills, Rachel Joanne. “Gender, Ethnicity, and Religion in the making of Entrepreneurship: The Loewen Lumber Business in Steinbach, Manitoba, 1877-1985.” M.A. Thesis, Universities of Manitoba and Winnipeg, 2003.