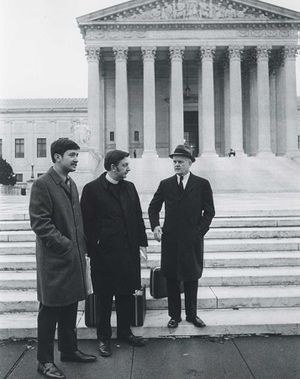 Thomas C. Eckerle (attorney), William C. Lindhorst, and William B. Ball (attorney) in front of the Supreme Court of the United States in late 1971 when the Amish education case was being heard.
Photo courtesy of Mennonite Central Committee. IX-12-6