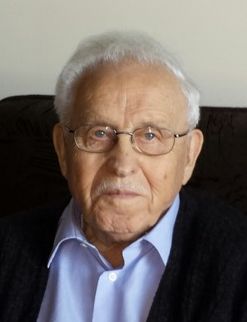 Wilmer’s paternal and maternal grandparents were ethnic Germans from Romania who immigrated to Canada in the 1890s. Wilmer made his commitment to the Christian faith in 1938 in response to the preaching of his uncle Jake Kornelson. In the same year he was baptized by immersion by Tom Ellis, a Methodist minister. Wilmer’s association with the Woodrow Alliance Church ended what it dissolved, after which he joined the Woodrow Mennonite Brethren Church. His ordination to ministry in June 1953 was initiated by the South Saskatchewan Mennonite Brethren (MB) Conference, and served as a strong encouragement for him to pursue a life of ministry.

After completing grade ten in 1944, Wilmer continued his studies at Briercrest Bible School in Caronport, Saskatchewan, where his spiritual views were significantly shaped by the teaching of Dr. Henry Hildebrand. Wanting to continue his education in a denominational context, Wilmer began studies at Mennonite Brethren Bible College in the fall of 1944, and graduated with his Bachelor of Religious Education degree in June 1952. In 1955 he enrolled at Tabor College in Hillsboro, Kansas, where he completed his Bachelor of Arts degree.

Wilmer’s conviction that he was called to ministry defined his working life. His pastoral assignments included service in the non-denominational church in Bromhead, Saskatchewan, at the Lindal MB Church in Morden, Manitoba, and at the Fraserview MB Church in Vancouver, British Columbia.

Following his graduation from Tabor College, Wilmer accepted a teaching position at the Herbert Bible School in Saskatchewan. In 1957 he was called to be the principal of the Mennonite Brethren Bible Institute of Ontario in Kitchener, Ontario. In 1974 he was appointed to the faculty of Columbia Bible Institute (now Columbia Bible College) in Abbotsford, British Columbia, where he taught until 1993.

Being a dedicated churchman, Wilmer also served the Canadian Mennonite Brethren Conference as Director of Christian Education from 1967 to 1974. In this position he organized Christian Education workshops in churches across the country and streamlined Sunday school teaching materials through a Service Training Program (S.T.P.). He also advocated that local churches initiate cell groups to stimulate personal discipleship. His publications during these years included the first MB Minister’s Manual, and a twice annual release, The Youth Worker. He also submitted monthly articles to the Mennonite Brethren Herald, in a column called "Let Us Talk Church Work." Wilmer also helped initiate the first of several well-attended Banff Retreats, which were designed to serve as training and inspirational times for MB youth workers.

Wilmer led several tours to Israel. On one of these visits he studied at the Institute of Holy Land Studies, and participated in an archaeological dig. He remained creatively active during his retirement years, volunteering his time generously, serving on the board of the MSA Halfway House Society in Abbotsford, and on the executive committee of the Fraser Valley Constituency Conservative Party.

During Wilmer’s final year, he was a resident of Tabor Village in Abbotsford, where he passed away 24 September 2017.