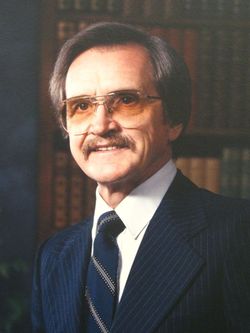 Following graduation from Mennonite Brethren Bible College in Winnipeg, Manitoba, Konrad completed his BA at the University of British Columbia, Vancouver, BC, and went on to earn a Doctor of Religious Studies at Southwestern Baptist Biblical Seminary in Fort Worth Texas, USA in 1967.

Konrad taught at Elim Bible School in Yarrow, British Columbia and Mennonite Brethren Bible Institute in Abbotsford, British Columbia, where he also served as principal. In 1966 he began a long-standing teaching career at the Mennonite Brethren Biblical Seminary in Fresno, California. On leaving the seminary, he established a family counseling practice until his retirement in 1991.

At the seminary, Konrad taught Christian Education courses and served as academic dean and also as interim president. He counseled many seminary students. During his sabbaticals he studied clinical counseling, and developed a counseling curriculum for the seminary, which was implemented after his departure from the school.

As an ordained minister in the Mennonite Brethren Church, Konrad preached frequently and was a much sought-after speaker and resource person for conferences and workshops. He wrote on various subjects. He was also known for his advocacy on behalf of the Evangelical Women’s Caucus. In retirement he served in several short-term assignments including at the Tulpengasse Church in Austria, among Paraguayan Mennonites, with Wycliffe translators in Papua New Guinea and in Thailand.