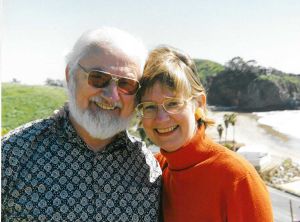 William Klassen's father was a farmer and preacher in the Mennonite community of Homewood, Manitoba. He attended the Mennonite Collegiate Institute in Gretna, Manitoba, and received a BA in History and English from Goshen College, Goshen, Indiana, USA in 1952 and a BD from Goshen College Biblical Seminary in 1954. He was ordained as a Mennonite minister in August 1956 in the Homewood Mennonite Church where his father was pastor. In 1960 he received a PhD in Early Christian Literature from Princeton Theological Seminary; his dissertation, "The hermeneutics of Pilgram Marpeck," was later published in 1968 as Covenant and Community: the life, writings and hermeneutics of Pilgram Marpeck. His research was supervised by the New Testament scholar, Otto Pieper, and launched Klassen's lifelong occupation with the history of the Anabaptists in the 16th century.

While studying at Princeton, Klassen filled short pastorates at a number of Mennonite congregations, including service as interim pastor of the Germantown Mennonite Church. From 1958-1969 William Klassen taught at Mennonite Biblical Seminary/Associated Mennonite Biblical Seminaries in Elkhart, Indiana. During 1964-1966 he had leave during which he served as Visiting Professor of Biblical Theology at New York Theological Seminary and Executive Director of Mennonite Mental Health Services. In 1969 he accepted an appointment to the new Religion Department of the University of Manitoba in Winnipeg, Manitoba where he taught from fall 1969 to 1980, and was department chair beginning in 1971.

William Klassen then moved more fully into administration (although he also continued teaching, research and writing), serving as Director of Development at Simon Fraser University in British Columbia from 1982-1984, Dean of the Ecumenical Institute, Tantur, Jerusalem from 1984-1986, Director of Development at University College, at the University of Toronto, 1986-1989, and Principal at St. Paul's United College, University of Waterloo, 1989-1994. He was recognized as a United Church of Canada minister when he became Principal at St. Paul's College. In retirement he led an international fundraising effort to rebuild and modernize the library of the École Biblique in Jerusalem. He also accepted part time pastoral assignments in United Church of Canada congregations in the Region of Waterloo.

Another academic interest for Klassen was the biblical figure, Judas Iscariot, resulting in his 1996 book, Judas: betrayer or friend of Jesus. Klassen said that Judas did not betray the Lord, but, as the biblical text indicated, had merely handed him over. Equally important in his investigation was the review of the virulent anti-Semitism associated with the name of Judas.

Klassen's publications also spanned peace issues, mental health, and life in the congregation. While at Mennonite Biblical Seminary he spoke often in congregations and wrote for The Mennonite. He was a meticulous, passionate scholar, always profoundly concerned for the relevance of his work for the church. His writing on peace was for him no abstract academic exercise. A particularly important example of this was when he brought together Israeli and Palestinian scholars in Jerusalem to talk to each other about peace. In articles he demonstrated that the concern for peace and forgiveness had a long history, the implication being that it did not originate in the "historic peace churches." He infected others with his enthusiasms, especially when he repeatedly led student groups on visits to the lands of the Bible.

William Klassen was also a gifted fundraiser for the universities with which he was associated, especially for the École Biblique in Jerusalem.

In the last decade of his life, William Klassen's vision began to deteriorate gravely, and the effects of a stroke and the onset of dementia made conversation with him more difficult during the last few years of his life. Nonetheless the church community was enriched by his indefatigable work of teaching, research and writing. He left traces of himself in many places and he is remembered with gratitude.

Klassen, William. "A joyous service among the children of peace" in Why I am a Mennonite: essays on Mennonite identity, Harry Loewen, ed. Kitchener, Ontario: Herald Press, 1988: 154-164.

Klassen, William. "Love your enemy. a study of New Testament teaching on coping with the enemy." In Biblical realism confronts the nation: ten Christian scholars summon the church to the discipleship of peace, edited by Paul Peachey. New York: Fellowship Publications, 1963.

_____. "The Role of the child in Anabaptism." In Mennonite images: historical, cultural, and literary essays dealing with Mennonite issues, edited by Harry Loewen. Winnipeg: Hyperion Press, 1980: 17-32.

_____. The Contribution of Jewish scholars to the quest for the historical Jesus. Cambridge: CJCR Press, 2000.