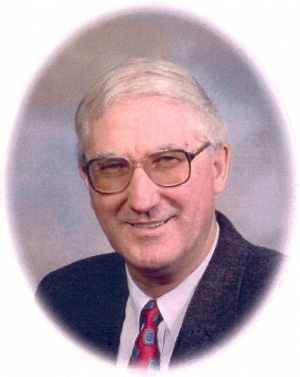 Henry Cornelius Klassen, professor: b. 30 November 1931 in Coulter, Manitoba. He was the second youngest in a family of six children of Cornelius and Margaret (Niebuhr) Klassen, who came to Canada from the village of Steinfeld, in the Schlachtin colony in Russia in 1926. Henry was baptized into the Mennonite Brethren Church at Boissevain, Manitoba, about 1948. He married Agnes Warkentin from Grunthal, Manitoba, in 1954. They had three daughters, Alice (Shields), Lois (Neufeld) and Eleanore (Finch). He was predeceased by his wife Agnes in 1979. When Henry died at the age of 73 on 14 January 2005, he had ten grandchildren and one great-grandchild.

During this time the Klassens attended the Foothills Mennonite Church. While in Winnipeg before 1964 they attended Portage Avenue Mennonite Brethren Church and in Toronto the Mennonite Brethren Church on Ranee Avenue. In the early 1980s Henry moved to Grace Presbyterian Church in downtown Calgary. There he served as an Elder of the Session for twenty years. Besides being involved in many other activities in this Church, he participated in monthly preparation of meals for the Mustard Seed ministry. During the last years of his life he lived in Okotoks, about a half-hour south of Calgary.

In the academic community, Henry Klassen was looked upon as a person of integrity who walked easily between the world of academia and the community. According to his colleague Donald Smith, Henry Klassen was not only "a role model for the rest of us in the profession, [but] made an enormous contribution to the study of Western Canadian history. . . ."

A meticulous researcher and devoted scholar, Klassen published numerous academic articles and three major books in business history: A Business History of Alberta (1999), Eye on the Future: Business People in Calgary and the Bow Valley, 1870-1900 (2002), and a biography of the mid-nineteenth century Montreal business man Luther H. Holton: A Founding Canadian Entrepreneur (2001). He was working on three more subjects of book length when he died.

Henry was associated with the Chinook Country Chapter of the Historical Society of Alberta for many years. Remembering Chinook Country, an anthology published in 2005 to celebrate Alberta's centennial, was dedicated to Henry Klassen who had served as president, and in numerous executive positions. He had proposed this project and contributed one of the essays as well as the book's introduction. Remembering Chinook Country was a great tribute to this "warm and generous scholar who gave so much to his students, his colleagues, and his community."

The consensus in academia may be summed up briefly: Henry Klassen had a keen sense of humor, conveyed in a soft-spoken voice. He could give a balanced opinion on a contentious issue. A gifted teacher, he encouraged students to express their opinions and to pursue their interests, always providing welcome scholarly advice. He cared about and took deep interest in the research of others in Canadian history, both at the university and in the community.

Klassen, Henry Cornelius. Introductions to his own publications.